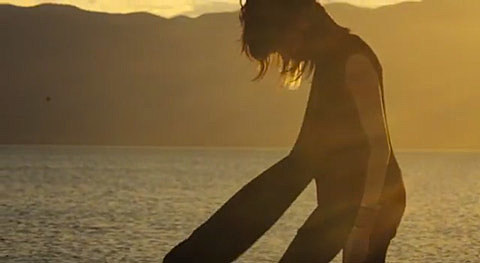 School of Seven Bells' Benjamin Curtis lost his battle with lymphoma back in December. Made entirely on his laptop while in Memorial Sloan-Kettering hospital, Curtis recorded a cover of Joey Ramone's "I Got Knocked Down (But I'll Get Up)" which has now been released as a single which you can stream in this post. You can also watch the video, staring singer Alejandra Dheza and directed by Tony Halbrooks and Alan Del Rio Ortiz, on YouTube. There's reportedly a final SVIIB album that Curtis worked on while in hospital that Dezha is finishing. Stay tuned.

There's a release party for the new single tonight (6/26) at Le Bain in NYC's The Standard Highline hotel featurning DJ sets by Alejandra Dheza, Waseem and Becka Diamond. The party starts at 10 PM. Flyer for the party and the SVIIB song stream below. 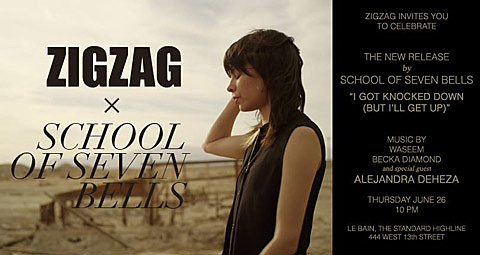