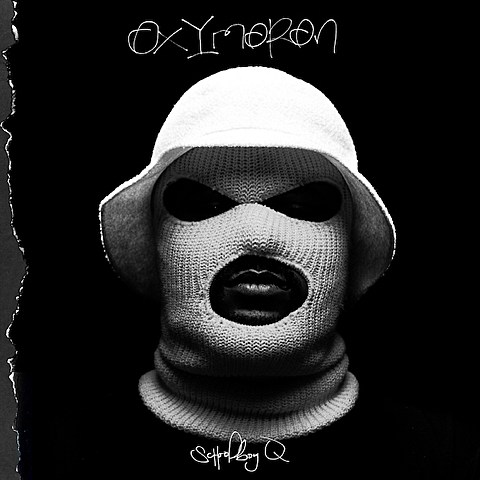 Black Hippy rapper Schoolboy Q just had to cancel his February show with Janelle Monae (she plays Lehman College tonight, 1/28), but fortunately we'll still get to see him soon. He's just announced a full tour in support of his upcoming Oxymoron LP with support from Odd Future/Black Hippy associate Vince Staples and new TDE-signee Isaiah Rashad. The tour hits NYC on March 4 at Best Buy Theater and NJ on March 5 at Starland Ballroom Tickets for the NYC show and tickets for the NJ show go on sale Friday (1/31) at noon. All known dates are listed below.

UPDATE: Tour announced in full (including SXSW), all dates below.

The much-anticipated Oxymoron is due out February 25 via Interscope, and more details continue to be revealed. We just saw the album artwork and heard another track, and now XXL Mag points to a purported tracklist. It features previously-released songs "Collard Greens" (ft. Kendrick Lamar), "Man of the Year" and "Break The Bank" (but not "Yay Yay"), and in addition to Kendrick, guests include A$AP Rocky, Danny Brown, Ab Soul, 2 Chainz, Tyler the Creator, Raekwon and Suga Free, plus the entire Black Hippy crew appearing on one song. Check out the tracklist and streams of the three singles, plus a clip of another LP cut, "Gangsta," below.

Schoolboy Q also recently performed "Man of the Year" on Fallon, which you can watch a video of below.

Meanwhile, Isaiah Rashad also released his new album, Cilvia Demo, today (1/28), and just released the video for its track "Soliloquy." The album features fellow recent TDE-signee SZA on two songs, plus Schoolboy Q and fellow Black Hippy member Jay Rock on another. You can watch the "Soliloquy" video and stream a few other tracks from the tape below.

All dates are listed, along with streams, videos, and tracklist, below...

Schoolboy Q - Man of the Year [Live on Jimmy... by eidurrasmussen

Schoolboy Q - "Man of the Year" 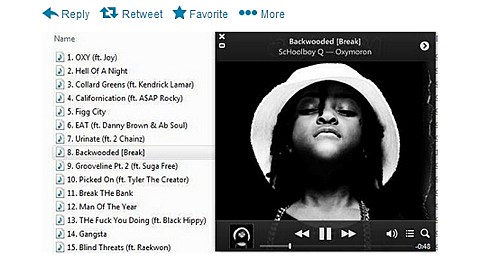 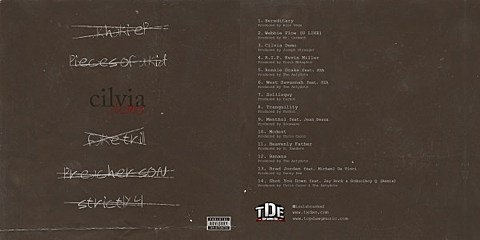 (Vince Staples not on European dates)