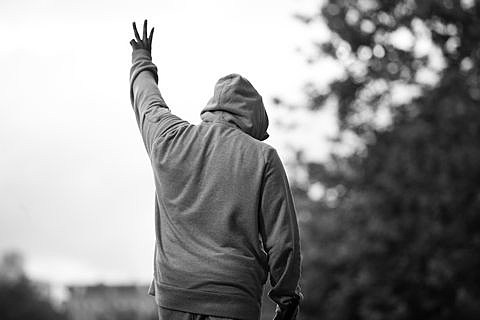 Last night (6/19), Nas, Schoolboy Q and Flying Lotus played a show at Red Rocks Amphitheatre in Colorado, and after the show there was a shooting in the parking lot, as The Denver Post reports. Three victims were taken to the hospital; all of them are still alive and one has been released as of this post. A tweet from Denver Post reporter Karl Gehring also shows a picture of Schoolboy Q being detained by the police, though he was not arrested. Q has since tweeted, "im str8...... dont trip." They're still looking for the suspect.

Schoolboy Q has more shows coming up, including one in NYC on Wednesday (6/25) at Central Park Summerstage. That show was supposed to be with his TDE labelmate Isaiah Rashad, but Isaiah has since dropped of the bill. Domo Genesis, Tinashe and BlackOutBoyz (aka A$AP Yams and A$AP Jscott) are still playing though. Tickets are still available. Show flyer below. 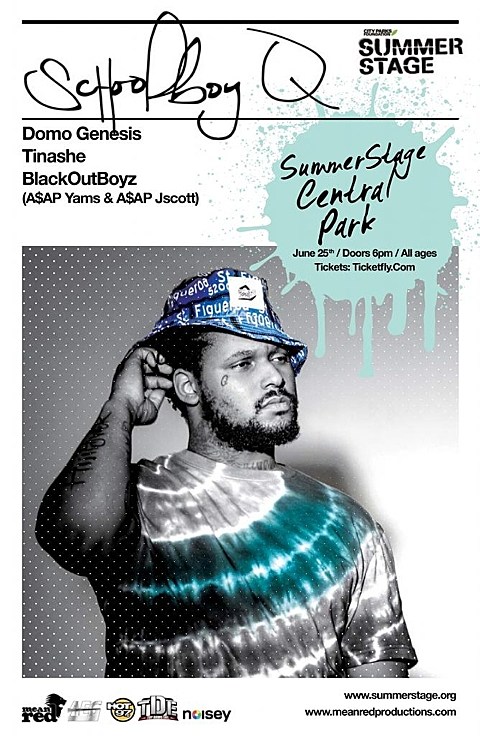