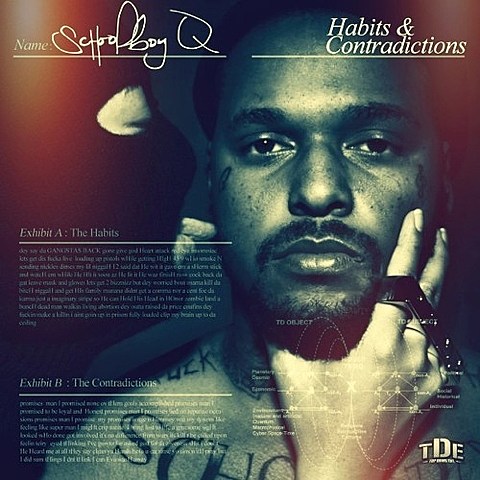 Schoolboy Q was last in NYC this past February to join his Black Hippy associates at Kendrick Lamar's Roseland show and Ab-Soul's SOB's show a day later. Now Q is set to return to SOB's for not one but two shows there on March 28. He plays an early show at 7 PM and a late show at 10:30 PM. Tickets for both are on sale now. Ab-Soul definitely won't be at this one because he's got a Sacramento show that day, but no word on what Kendrick and Jay Rock are doing that night. And A$AP Rocky, who probably would've shown up, will be on tour with Rihanna at that point.

Schoolboy Q is set to become the second member of Black Hippy with a major label album when he drops Oxymoron, which is due out at some point this year. Not much info on that yet but hopefully we'll be hearing some new material before or at that show.

All currently known dates (SXSW included) are listed, along with the video for "Druggys With Hoes Again," below...