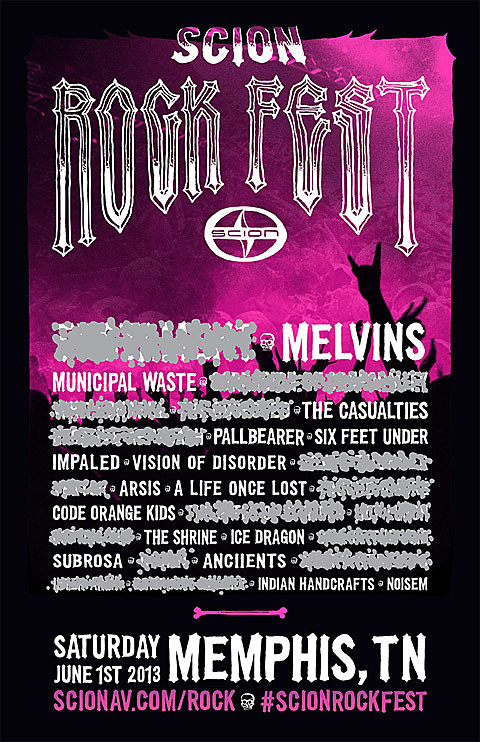 Scion Rock Fest has released a partial lineup of their 2013 edition, set to happen in Memphis, Tennessee on June 1. As with previous years, the festival will go down in a single day across multiple venues. Look for appearances from Melvins, Municipal Waste, The Casualties, Pallbearer, Six Feet Under, Impaled, Vision of Disorder, Arsis, A Life Once Lost, Code Orange Kids, The Shrine, Ice Dragon, Subrosa, Anciients, Indian Handcrafts and Noisem. More bands and details are on the way.

In related news, The Casulaties, who just played Acheron, will also play Tammanny Hall on May 18 with Violent Affair. Tickets are on sale.