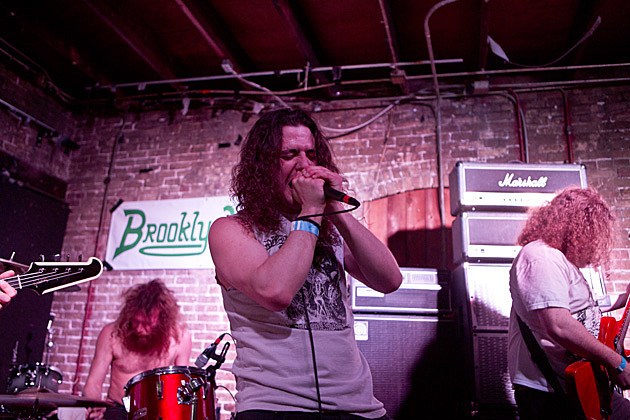 SRF is free but RSVP (which opens on April 10) is required.

In related news, Inter Arma, who recently played the Invisible Oranges Day Party at The Jr (pictures HERE), have been announced, along with Sannhet, as support for the NYC date of the Intronaut tour, set for Saint Vitus on June 15. Tickets are on sale.

If you missed it, pictures from the official Invisible Oranges SXSW night showcase are available HERE, featuring shots of Pallbearer, John Baizley with Mel from Royal Thunder and Bruce Lamont, Mutilation Rites, Full of Hell, KEN Mode and Homewrecker.

Check out a video from Inter Arma's daytime set below...