Church of Misery at Inferno Festival (more by BBG) 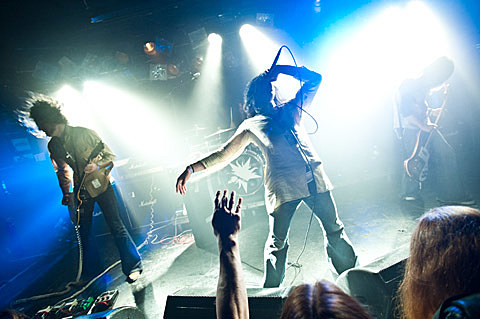 Scion Rock Fest have announced their first round of 2012 bands, including some very interesting and out-of-the-box choices. Among the announced so far include the impressive Repulsion, All Pigs Must Die, Merzbow, Sleep (who just played Roadburn), Church of Misery (them too, and they play NYC soon), and Oxbow, but the lineup also includes names like Terror, Psychic TV, and Cerebral Ballzy and more... bands that seem a bit out of the ordinary for a traditionally all-metal festival entering its fourth year. The show goes down on June 2nd across four venues in Tampa FL. As always, the show is free (with RSVP that opens on 4/20 at noon).

UPDATE: Full lineup has been released, check out the flyer and lineup below. 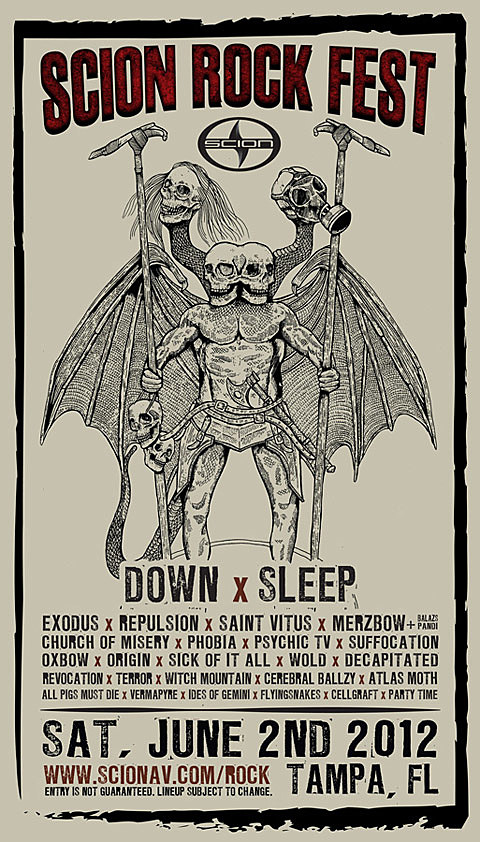