The star-studded end to Down's set 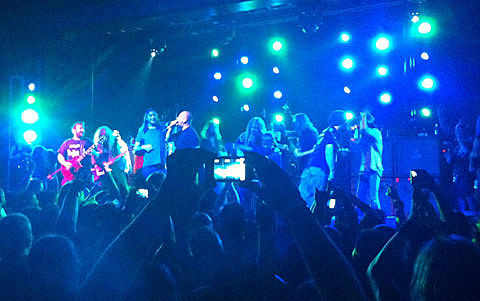 With all of the drag queens, bikini-clad girls, and slow-rolling neon cars blasting hip hop, it would be perfectly understandable to mistake East 7th Ave in Ybor City for another Saturday night on the strip. Yet the clubs of East 7th had been invaded by the the black-shirted, devil-horn weilding crew: the fourth-annual Scion Rock Fest was in town.

Ybor City is located north of downtown Tampa, Florida and was the site of 2012's edition, boasting names like Sleep, Merzbow, Oxbow, Repulsion, Sick of it All, Suffocation and many others across four stages (The Orpheum, CZAR Bar, Crowbar, and The Ritz). Though I never made it over to the Orpheum, I saw my fair share of incredible performances across the remaining three stages, many of which will likely never happen again.

Thoughts on Scion Rock Fest 2012, pictures, and video from many of the sets are below. 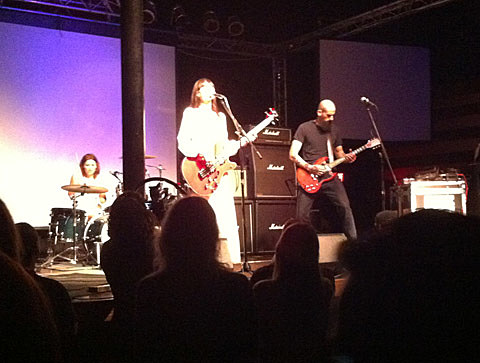 I started my day watching Ides of Gemini, the recently signed Neurot Recordings artist featuring Sera Timms (Black Math Horseman), J. Bennett (of Decibel infamy) and Kelly Johnston. Timms vocals and the band's light nod to doom recalls Jex Thoth, but steers more towards a gothic direction The band opened the CZAR Bar stage, which was a perfect start to the open-minded bill that followed. 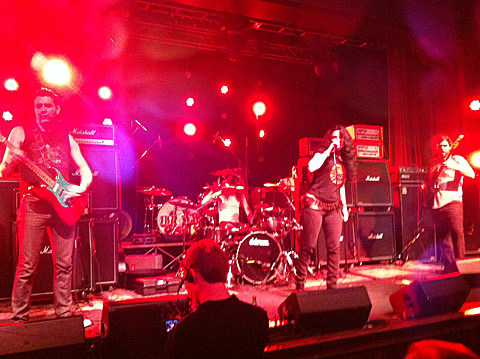 After missing The Atlas Moth (who I figured I would catch at Union Pool next week), my next move was to catch Portland's Witch Mountain who played second on the large Ritz stage across the street from CZAR Bar. The doom quartet have catchy riffs to keep the folks interested, but what sets them apart is the strong vocals of frontwoman Uta. Uta's powerful, husky and dynamic vocals set them apart from the packs of Saint Vitus/Pentagram/Sabbath worshippers out there.

Figuring I would catch a more in depth set by Witch Mountain at Saint Vitus this week, I scooted over to Crowbar to catch some of the madness that is All Pigs Must Die before heading to CZAR Bar to check out the new Dwid/Rob Orr project (of Integrity) Vermapyre (which featured Alex of Pulling Teeth). APMD had the crowd fired up (of course) and the moments that I caught of Vermapyre, a new horror-film based project centered around primitive hand-crafted instruments, fell more into the dark ambient realm.

The Ritz hosted Japan's Church of Misery, who I felt privilidged to have seen for the third time in two months (Inferno and MDF were the other two, they also recently played NYC). The band's thundering yet blues-y grooves were tight and aside from frontman Hideki taking a tumble into the photo pit, (which didn't seem to stop the vocals) the band was otherwise flawless. I spent short stints with Phobia (who play Saint Vitus soon) and Psychic TV in the hour following, settling in for a technical-difficulty plagued Saint Vitus afterword. 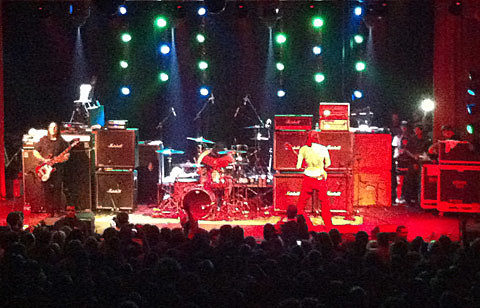 My biggest beef with Scion Rock Fest was that the amazing Sleep had a set time that overlapped with one of my favorite live bands, Oxbow. Luckily CZAR Bar was running late, so I managed to catch most of Sleep's set which featured a 20-plus-minute intro of "Dopesmoker" before going into "The Druid" from Holy Mountain. Sleep's performance alone was worth the trip, but between Oxbow and the many surprises that lay ahead of me, the night was about to get a whole lot better. 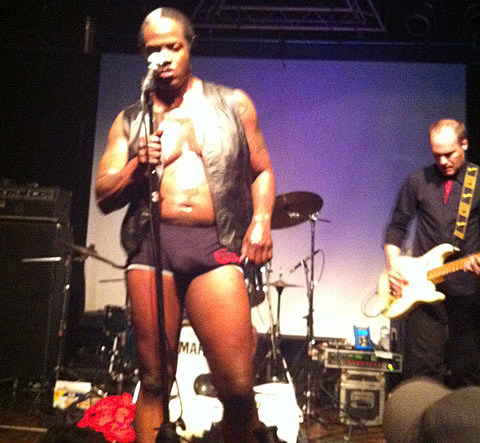 Oxbow took to the stage at CZAR for their first Florida appearance ever at close to 10PM. The band's bluesy-noise-rock and Eugene Robinson's amazing storytelling ability and stage presence made the band absolutely electrifying through their entire set, one of the few that I caught from start to finish. Eugene's live-intensity grows as he starts to shed his clothing on stage, and songs like "The Last Good Time", "Frankly Frank" and "Down as Stair Backward" were completely incendiary and magnetic. I left CZAR bar thinking that Oxbow is one of the most underrated bands of our time. It was nothing short of amazing.

Phil Anselmo of Down was neck deep into on-stage banter at The Ritz by the time I made it back to the venue. The New Orleans supercrew, who is currently preparing to release a new EP of material, closed out Scion Rock Fest at The Ritz with "Bury Me In Smoke", calling up members of Church of Misery, Saint Vitus, The Atlas Moth, Suffocation, and Sleep to join along in the song. The stage must have been twenty people deep, drenched in spilled booze and smiles that accompanied the party atmosphere. 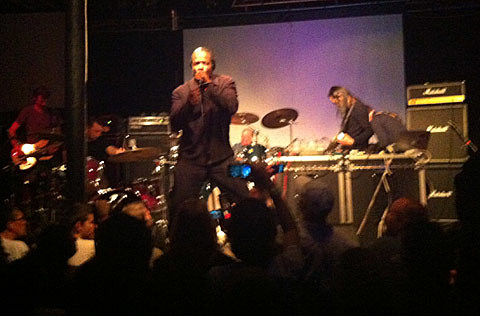 After Down waved goodbye, I received a text and the timing could not have been more perfect; an Oxbow and Merzbow (who plays Saint Vitus tonight) collaboration was underway across the street at CZAR Bar. The collaboration was Oxbow as a full band with Merzbow adding in blasts of noise and a drummer (which made two on stage) dropping live fills. Eugene, fully clothed at this point, screamed and writhed around stage as the rest of the "big band" jammed around him until the stroke of 12:30. Hell of a way to end the evening, officially anyway.

DOWN "Lifer" LIVE @ The Ritz

All Pigs Must Die with Dwid of Integrity 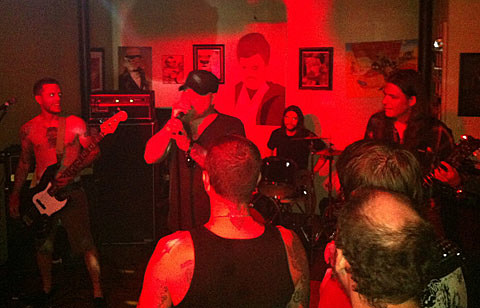 Of course I wanted to keep the party going, so I headed down the street to The Brick to an afterparty with All Pigs Must Die. After setting up, APMD switched singers and launched into the Integrity favorite "Vocal Test" with Dwid Hellion on vocals. APMD went around five or six songs deep before handing their instruments over to Chris and Brian from Trap Them for an impromptu karaoke session of Trap Them songs to close out the night. It was quite an evening.