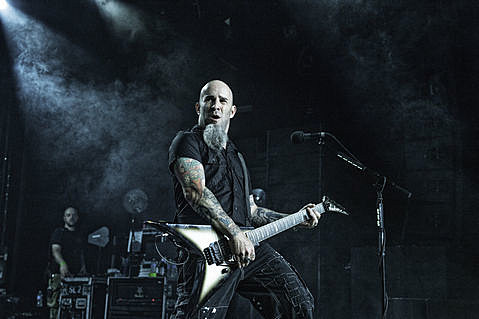 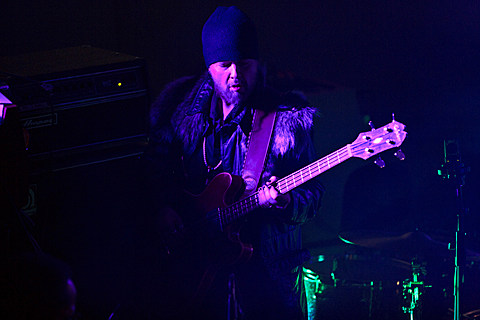 While Anthrax are hitting the road this spring, Scott Ian is up to something else before that with his new band Motor Sister. Here's the premise:

Jim Wilson, guitarist/vocalist of Mother Superior (who doubled as Henry Rollins' backing band from 1997 to 2003) and longtime Daniel Lanois bassist, teamed up with Scott, Pearl Aday (Scott's wife, Meatloaf's daughter, and Jim's country collaborator), drummer John Tempesta (currently of The Cult, formerly of Exodus, Testament and other bands) and Joey Vera (who was briefly in Anthrax) last year to perform Mother Superior's music at a show in Scott's house as Scott's birthday present to himself. And now, Scott tells Radio.com, the band have written an album, titled Ride, and Metal Blade is set to release it on March 10.

We still haven't heard any music from that album, but the band have begun announcing live shows, including one happening in NYC on February 12 at Saint Vitus with Static Summer. TIckets are on sale now.

Watch a video of Scott, Jim and Pearl performing one of Pearl's songs in 2007, along with a stream of a Mother Superior song, below...