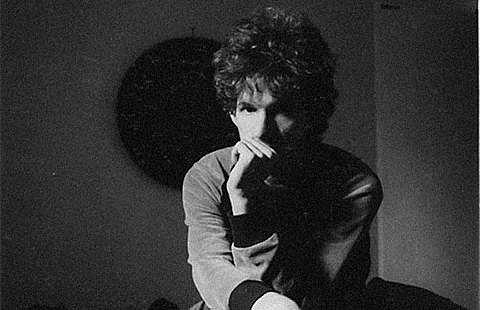 I wish it weren't true, but as much as it pains me to write these words, Scott passed away on April 15, 2013. He was a wonderful, loyal friend as well as a brilliant musician, and I will miss him for the rest of my life.

Scott had been planning to start recording a new Game Theory album, Supercalifragile, this summer, and was looking forward to getting back into the studio and reuniting with some of his former collaborators.

If listening to Scott's own music is too painful for you right now, as it is for me, I can tell you that he absolutely loved David Bowie's new album, The Next Day. He found Bowie's late-career resurgence to be hugely inspirational. I'm sure that if there had been a 2013 chapter of Music: What Happened?, one of the songs from that album would have been right at the top. - [Loudfamily.com]

This is a big bummer. I have a deep affection Scott Miller's '80s band, Game Theory, who mixed '60s influences with powerpop and new wave. Their albums The Big Shot Chronicles and Lolita Nation still get pulled out fairly often on my stereo. His post-GT band, The Loud Family, were pretty great too.

In addition to his contribution as a musician, Scott was a huge music nerd/enthusiast and his best-of-year lists (1966 - 1999) on Loud Family's website were a giant source of discovery for me, personally. He turned that and other writing on the site into a fantastic book, Music: What Happened?, which is highly recommended. Scott was 53. Rest in peace.

If you're unfamiliar with Game Theory, their many out-of-print albums were made available to download for free here via Loud Family. (You should really grab Lolita Nation.) The videos for Game Theory singles "Erica's Word" and "The Real Sheila" are below.