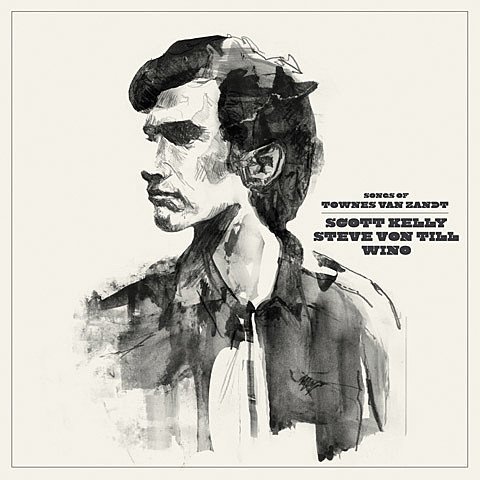 After having performed material by Townes Van Zandt solo and through various collaborations on stage over recent years, on solo releases and on random live collaborations, the aptly entitled Songs of Townes Van Zandt brings several songs each from Scott Kelly, Steve Von Till and Scott "Wino" Weinrich together in praise of his deep musical influence on them all. Through a personal contact of the artists, newly-formed label My Proud Mountain was founded specially in order to release this tribute, with Neurot Recordings handling the North American release of the album on June 12th.

These three titans of metal will combine for three songs each on the release, so fans of Scott Kelly, Wino, Steve Von Till, and Townes Van Zandt should keep an eye out for the record. Stream Scott Kelly's cover of "St. John, The Gambler" below.

In related news, Neurosis, which contains Scott Kelly and Steve Von Till, have completed mixing their new album (!) in Chicago. Still no word on album title or release, but its expected to (finally) be released by the end of the year. Stoked. The band also recently reissued the Sovereign EP.

In other Wino news, the Saint Vitus frontman will team with Conny Ochs to play all of his recently released Heavy Kingdom LP at Roadburn this week. Saint Vitus are preparing to release their new LP Lillie: F- 65 via Season of Mist, and have released a new video for "Let Them Fall" Check that out alongside the stream for "St. John, The Gambler" and some Scott Kelly tour dates, below...