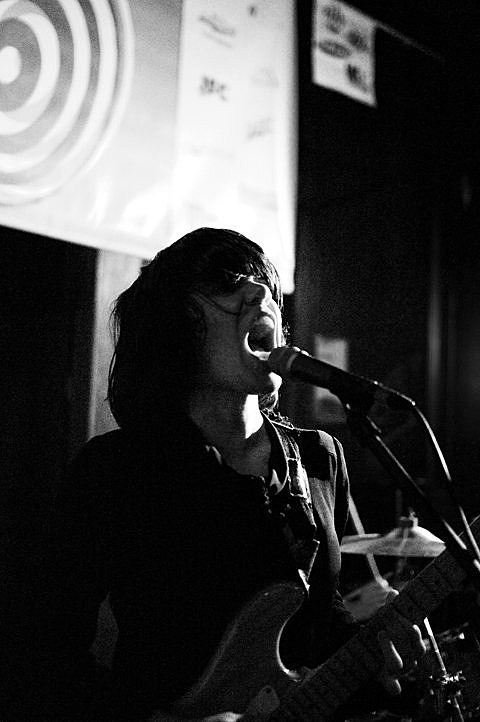 Ted Leo was a special guest at Hot Tub with Kurt and Kristen at Littlefield Monday (6/27). According to Nate Buchik, "Last night, Ted Leo said they were performing Tyranny of Distance in its entirety at the South Street Seaport on July 9." That would be appropriate since the classic album turned 10 years old on June 19, but note that we were also told that Ted said he was "PROBABLY" playing the album. We'll let you know if that changes to "definitely." Hot Tub continues every Monday at Littlefield with different special guest comedians and musicians each week.

Ted's free South Street Seaport show is now being opened by fellow New Jerseyans Screaming Females. They just finished up their tour with Against Me! and Lemuria and only have a few other scattered dates at the moment. One of those dates is The Fest 10 in Gainesville, Florida which Ted is also playing (and which is sold out).

Ted recently taped a series of solo performance videos in "Room 205" for Incase. Watch those, with all tour dates and other videos below...

--
The Sword In The Stone by Ted Leo

One Polaroid A Day by Ted Leo