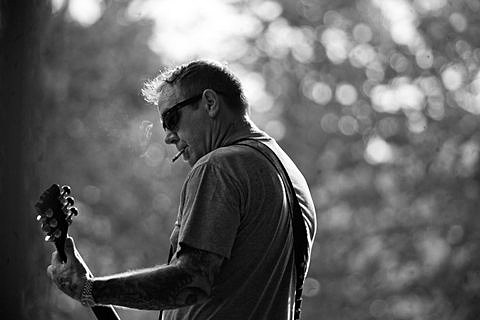 This fall, Salinas Records (Swearin', Radiator Hospital) will be releasing a 4-track tribute 7" to lo-fi pioneers Guided by Voices by four bands who have taken influence from the genre GBV helped create. The 7" will feature Screaming Females, Waxahatchee, Swearin', and Upset (the new group from Vivian Girls/Best Coast's Ali Koehler, Kickball Katy, Jenn Prince, and Hole's Patty Schemel). The tracklist and album artwork (which appears to be the work of Screaming Females' Marissa Paternoster) are below.

Screaming Females and Waxahatchee will also be touring together this year. That tour hits NYC on 9/14 at MHOW and 9/16 at Bowery Ballroom (tickets), and NJ on 9/28 at Asbury Lanes.

Swearin' also have upcoming shows, including two in NYC. The first of those is a free House of Vans show (8/15) with Kid Dynamite, Joyce Manor, and Red Hare. RSVP (required) for that show is open. The second is on 9/3 at Bowery Ballroom with Kathleen Hanna's new band The Julie Ruin. That one is sold out.

GBV tribute artwork and tracklist below... 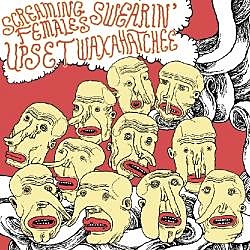