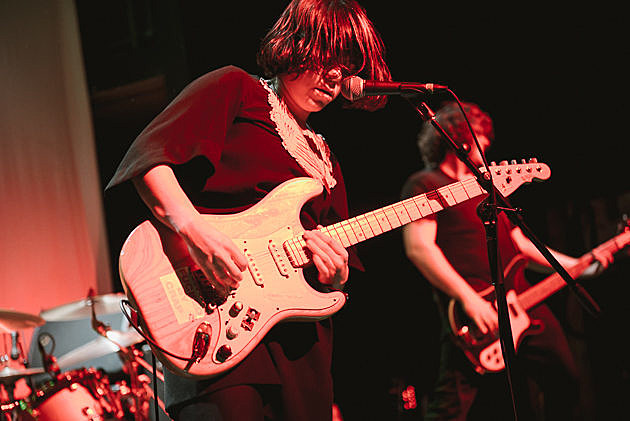 Screaming Females already announced a tour that has them covering X in Asbury Park on Halloween and playing NYC on 11/8 at MHOW, a show that Potty Mouth and Aye Nako were added to (tickets), but they'll appear in NYC sooner than that.

They'll be the musical guests on this week's episode of The Special Without Brett Davis, Brett's public access show that took over Chris Gethard's timeslot (since Chris's show is now on Fusion). The episode tapes Wednesday (10/14) at MNN Studios. To get in, email thespecialwithout@gmail.com to RSVP and let them know how many tickets you want and be there at 10:30 PM for check-in. More info here.

In other news, Brett Davis just won the the 11th Andy Kaufman Award, an award "for promising cutting-edge artists with fresh and unconventional material, for those willing to take risks with an audience, and for those who do not define themselves by the typical conventions of comedy." Past winners include Reggie Watts, Kristen Schaal, and more.