Zack and Slater can't get him out of this one 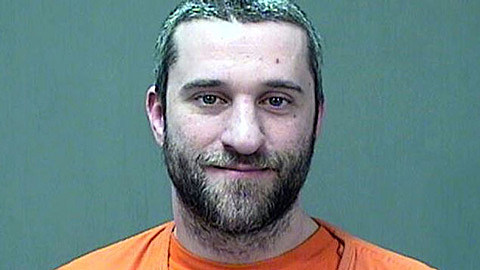 Dustin Diamond, best known as "Screech" on Saved by the Bell, was just sentenced to four months in jail as well as 15 months probation for his part in a Wisconsin barroom stabbing on Christmas Day, 2014. From the Associated Press:

The 38-year-old actor was cleared of a felony charge last month after a three-day jury trial. The jury found him guilty of carrying a concealed weapon and disorderly conduct.

Judge Paul Malloy said the sentence "has to send a message to the community that we're just not going to live like this."

The actor told jurors that he took out a knife that day to try to ward off people, including a woman who punched his girlfriend. He said he then accidentally stabbed a man during an altercation.

"I sincerely apologize to everyone involved," Diamond said at the hearing Thursday. "This was the single most terrifying experience of my life ... This is all I've been able to think about for the last six months."

Unfortunately that means Diamond will miss the "I Love The 90s Show" dance party which happens at Le Poisson Rouge on Friday (6/26) that will feature an appearance by Mr Belding (aka actor Dennis Haskins). He'd probably just get disappointed looks from him anyway. The show also features '90s cover band The Fresh Kids of Bel-Air and tickets are on sale. Flyer's below.