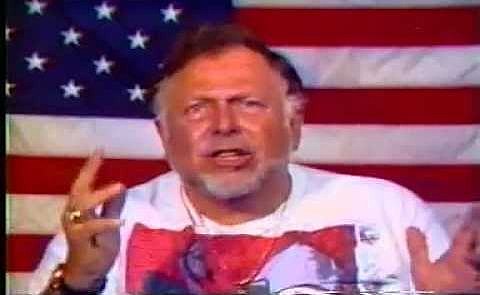 A true NYC iconoclast, Al Goldstein has died. From the NY Times obit:

Al Goldstein, the scabrous publisher whose Screw magazine pushed hard-core pornography into the cultural mainstream, died on Thursday at a nursing home in Cobble Hill, Brooklyn. He was 77.

The cause was believed to be renal failure, his lawyer, Charles C. DeStefano, said.

Mr. Goldstein did not invent the dirty magazine, but he was the first to present it to a wide audience without the slightest pretense of classiness or subtlety. Sex as depicted in Screw was seldom pretty, romantic or even particularly sexy. It was, primarily, a business, with consumers and suppliers like any other.

The manifesto in Screw's debut issue in 1968 was succinct. "We promise never to ink out a pubic hair or chalk out an organ," it read. "We will apologize for nothing. We will uncover the entire world of sex. We will be the Consumer Reports of sex."

Mr. Goldstein, who lived to shock and offend and was arrested more than a dozen times on obscenity charges, stuck around long enough for social mores and technology to overtake him. By the time his company went bankrupt in 2003, he was no longer a force in the $10-billion-a-year industry he pioneered. But for better or worse, his influence was undeniable.

"Hefner did it with taste," Mr. Dershowitz added, referring to Hugh Hefner, the founder and publisher of Playboy, which predated Screw by 15 years. "Goldstein's contribution is to be utterly tasteless."

While I was never a Screw reader, I will admit to watching his show Midnight Blue occasionally on MNN paid access Channel 35 when I moved to NYC in the late '90s. There really wasn't anything else like it. What I remember more than the rampant sex and nudity was Al Goldstein's epic "Fuck You!" rants which he would aim at airlines, car rental agencies, restaurants, basically anyone that pissed him off. You can watch a NSFW compilation video of some of his Midnight Blue rants, below. Rest in peace, Al.