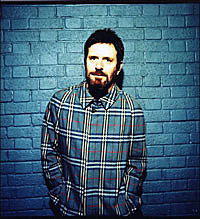 They "will embark on their first-ever North American tour this October, in support of their Nonesuch/Rough Trade release, White Bread Black Beer.....Gartside only recently began playing shows again—his first in 26 years—after conquering a debilitating fear of performing. White Bread Black Beer was released in May, and nominated for the Mercury Prize this year...." [CMJ]

Tickets are on sale for November 10th at Bowery Ballroom. All dates below...