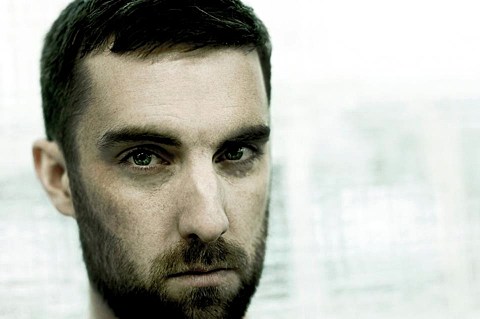 Francois K.'s weekly dance party, Deep Space, which takes place Mondays at Cielo (18 Little West 12th St.) is celebrating its tenth anniversary this year, and to celebrate, he's throwing an anniversary party on March 18 with Hotflush label head Scuba. Tickets for that party are on sale now. The party is part of Scuba's upcoming international tour, which begins in Italy this Friday (3/8). All dates on that tour are listed, along with a Spotify stream of Scuba's strong bass-heavy 2012 album, Personality, below.

Other upcoming Deep Space parties this month include tonight's (3/4) with Infinity, followed by Francois K DJing all night on March 11, and one with Dub Gabriel on March 25. There's also a few other parties already announced for upcoming months, including V.I.V.E.K. on April 22, and the previously mentioned Giorgio Moroder DJ set (his first in NYC ever) on May 20 as part of the Red Bull Music Academy series. Tickets for all upcoming Deep Space shows are on sale. The flyer for the anniversary party and a general flyer for the upcoming schedule are below.

In related news, the same day Scuba plays Deep Space (March 18), his label, Hotflush, is releasing the new single by George FitzGerald, "Thinking of You," which you can stream below.

All Scuba dates are listed, along with all song streams and show flyers, below...

George FitzGerald - "Thinking Of You" 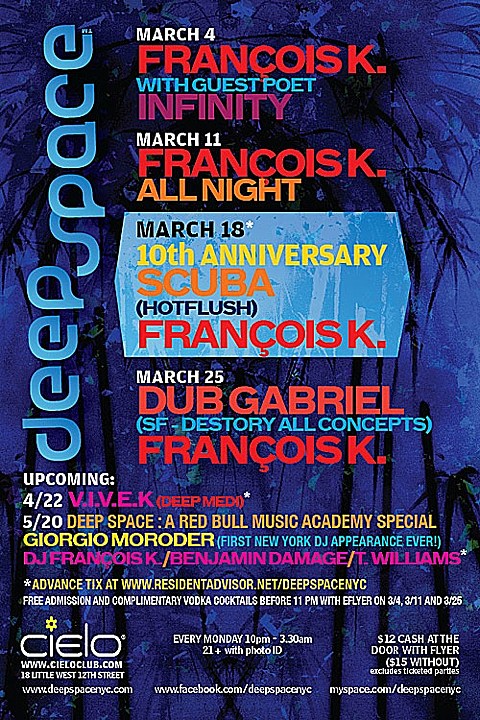 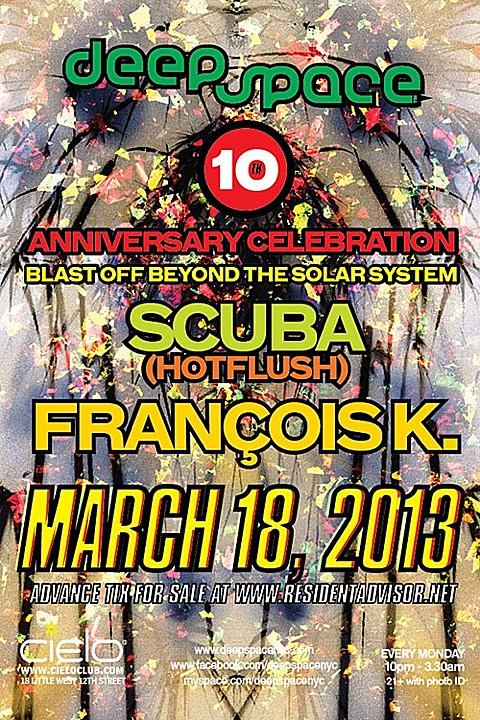