You may remember San Francisco band The Splinters from a few years back, who toured with JEFF the Brotherhood and Heavy Cream. Splinters splintered, and Caroline from the band ended up sticking around NYC, playing in Habibi and The Numerators. Now three-fourths of The Splinters (Caroline, plus Courtney, and Lauren) are back together (with Kyle from BRONKO on drums) as Scully, who formed at the start of this year and now have a couple of shows under their belt. Their sound is not too far from The Splinters -- garagey, punky pop -- and, also like that band, they've got good songs as the backbone. You can stream a demo of "Deny" below.

Folks in NYC can catch Scully live tonight (4/3) at Death by Audio where they'll open for Tweens and Shellshag. Bennio Qwerty are also on the bill and it's $10 at the door. Flyer for the show is below... 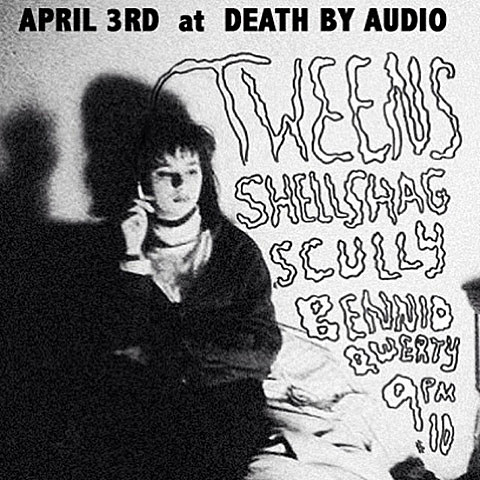