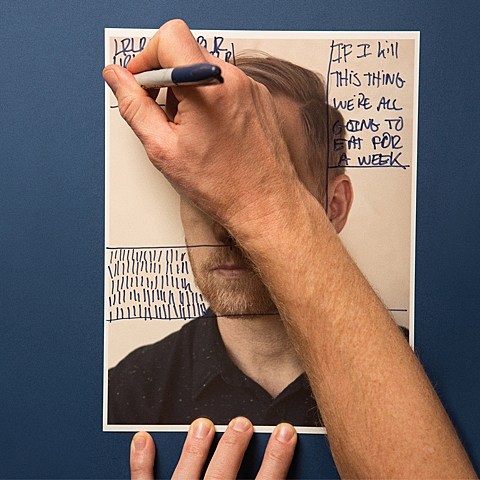 While we're still waiting for Sunny Day Real Estate to get back in action again, here's something that's kind of close. Bassist Nate Mendel (also of Foo Fighters and SDRE spinoff The Fire Theft) is releasing a guest-filled solo album under the name Lieutenant, and one of those guests is none other than SDRE frontman Jeremy Enigk himself. The other guests are impressive too: Helmet frontman Page Hamilton, former Modest Mouse drummer Joe Plummer, Foo Fighters (and No Use for a Name/Me First and the Gimme Gimmes) guitarist Chris Shiflett, and The Head and the Heart singer Josiah Johnson.

The album's called If I Kill This Thing We're All Going To Eat For A Week, and it's due March 10 via Dine Alone (Canadian home of Trail of Dead, Single Mothers, Sylvan Esso and others). Toshi Kasai (Melvins, Helmet, etc) produced it. The first single, "Believe The Squalor," is a nice dose of clean-sounding somber indie rock. Check it out, via Stereogum, below.

Meanwhile, Nate will be on tour when the Foo Fighters go on their massive stadium tour that hits NYC on July 16 at Citi Field. In other news related to this album, a new Modest Mouse song came out this week, and Helmet are touring Betty in full in February.