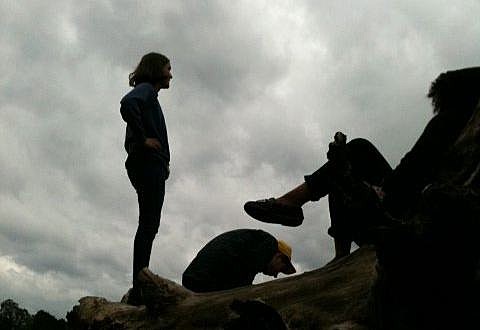 When last we wrote about shambolic UK janglepoppers Golden Grrrls, we knew there was going to be a NYC show on April 3 but we didn't know where or with whom. Now we do. The show happens at Glasslands and their Slumberland labelmates Sea Lions are also on the bill. Tickets for that show are on sale now. Golden Grrrls' self-titled debut is out February 26 and you can stream a few tracks from it below.

Somewhat confusingly, for those who don't follow this sort of stuff closely, on the same day Slumberland is also releasing The New Life, which is the new album from Irish band Girls Names. Sonically, the two bands don't have much in common, with Girls Names playing a much gothier strain of indie that has more than a little in common with Crystal Stilts. You can stream a track from that album below.

And while I'm using terms like "shambolic" and "indie" I would be remiss to not mention that the elder statesmen of shambolic Scottish indie, The Pastels, will release Slow Summits at some point this year via Domino Records. Not counting the collaborative album they made with Tenniscoats in 2009, this will be The Pastels' first album in 16 years. You can watch a trailer for Slow Summits below.

Lists of dates, streams and Pastels album trailer below...