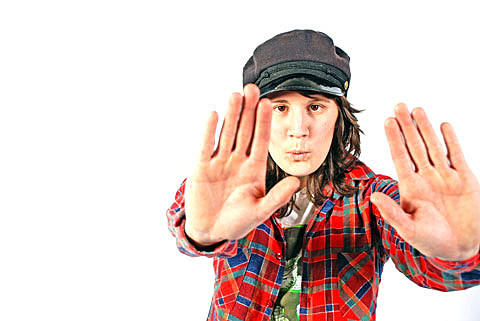 After playing nine consecutive nights in New York (each at a different location), I was impressed that Julie ("Jules") Baenziger, pictured above, managed to correctly identify the name of the venue - let alone put on an enthusiastic show. No doubt sharing the stage with three friends (including the lovely guitarist/vocalist Amber Padgett) helped to elevate her spirit.

Some artists have a tendency to leave an audience largely lukewarm or indifferent, but with Sea of Bees, it's hard not to have some kind of a gut reaction. Over the course of the forty-minute set at Mercury Lounge Saturday night (4/30), Baeziger effectively tore down the invisible wall that often stands between the performer and the crowd thanks to her heartfelt delivery and endearing banter.

Though she played with her eyes tightly shut in concentration, she was nothing but smiles in between songs as she offered both lengthy explanations about the events that had inspired her music and the occasional non sequitur. Her shaggy haircut, casual wardrobe, and dimples just added to her childlike charm.

Of course, this kind of unabashed openness begs two types of reactions: deeply identifying with the artist or mocking their unflinching earnestness. But judging by the large number of people who approached Baeziger after the show to introduce themselves, it seems that the yeasayers were definitely the majority.

Baenziger concluded the set with a solo rendition of the love song, "The Woods," before hopping off stage and taking a spot at the front to mingle with fans and friends alike and to enjoy the rest of the "colorful and beautiful" (her words) evening. 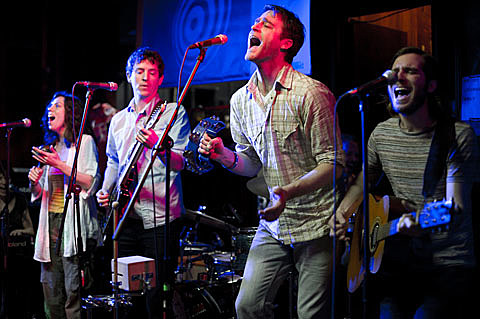 Up next was the Portland group AgesAndAges. Good communicators, their performance was a team effort that even got the audience involved. For the first song or two, the levels were a bit off, but the sound quickly improved when the band prompted the crowd to shout out suggestions and both the bass and the vocals got turned up.

Though some of the seven members added little in the way of instrumentation other than some light percussion, their vocal contributions really helped fill out the sound and created a strong group dynamic.

Next was LAKE. Like their tour-mates AgesandAges, The K Records group is characterized by group vocals and sunny dispositions. But while the members of AgesAndAges were rooted in place for their set, LAKE seemed to treat the performance as if it were aerobic activity. Between each song, the five musicians changed places and exchanged instruments as if they were playing a never-ending game of musical chairs where no one ever lost. It was unclear if the constant switching served much of a purpose musically, but it did keep things interesting. In addition to the physical shuffle on stage, the band also jumped around their discography, playing both songs from their April release, Giving and Receiving, and older material.

In the absence of an encore (Mercury Lounge had a late show booked), I decided to heed Baezinger's earlier advice to check out the nearby gelateria, which proved to nicely compliment the sweet evening.

Later this month Sea of Bees heads out on tour with Stornoway. AgesAndAges are still out on tour with LAKE. Both bands also played Knitting Factory while they were in town. Back in March AgesAndAges visited Austin for SXSW where they played the Knitting Factory Records/BrooklynVegan day party. The pictures of them in this post are from that Texas show. More of them with tour dates, below... 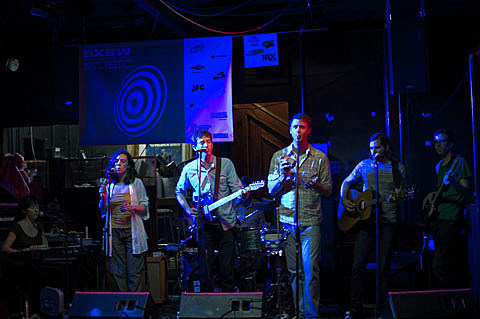 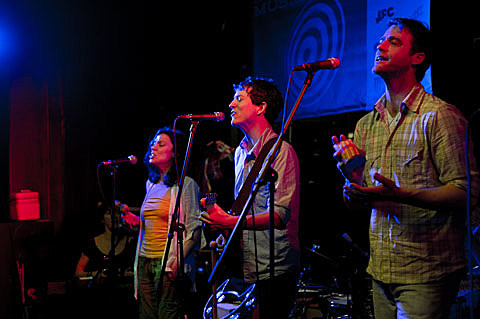 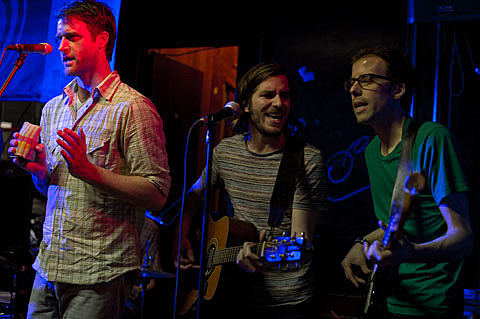 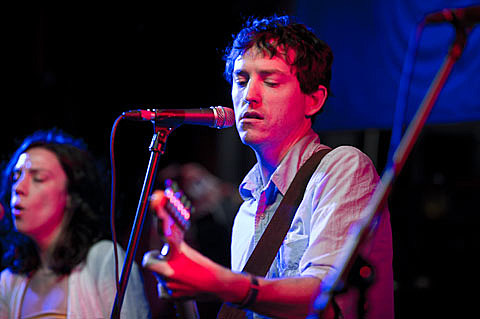 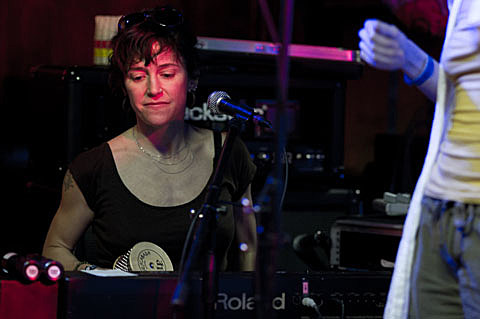 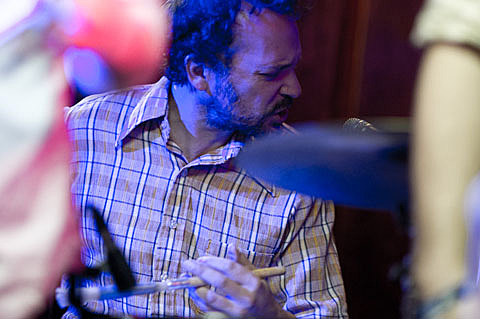 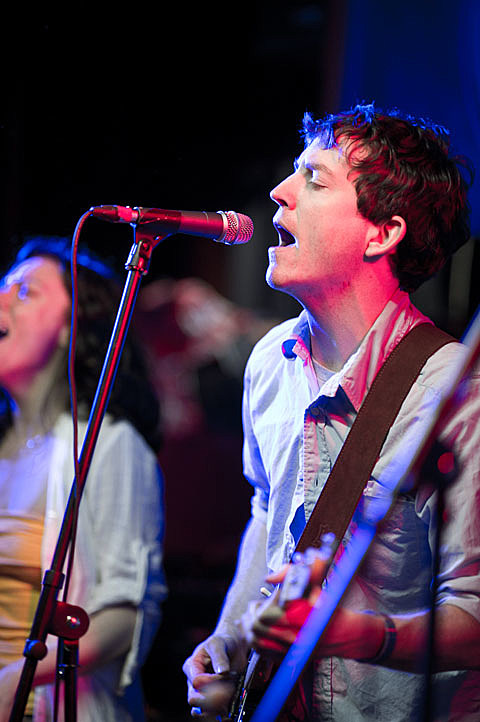 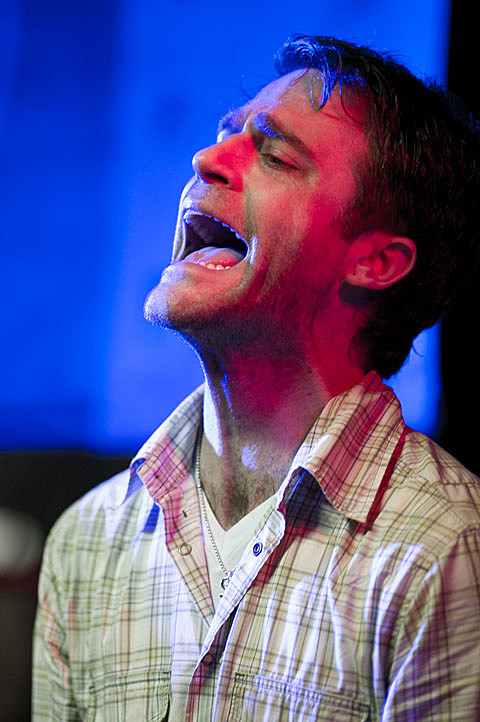 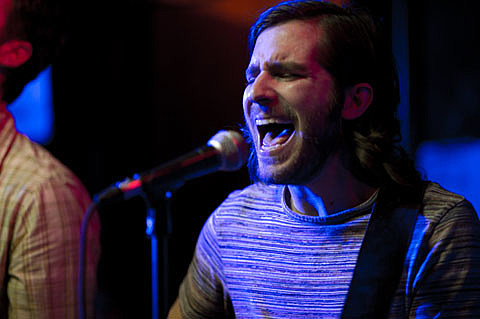 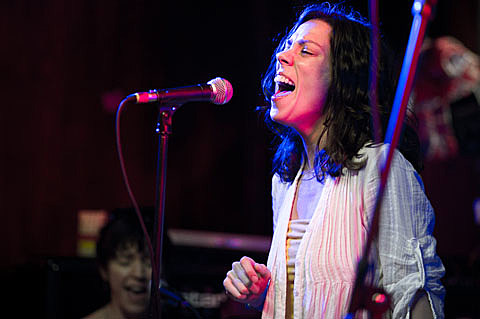