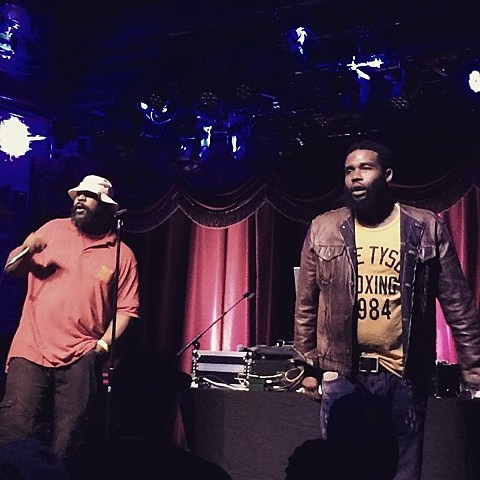 The Source reports that according to his friends and family, Brooklyn rapper Sean Price passed away in his sleep this morning. He was 43. Cause of death is currently unknown.

Sean left his mark on New York rap as one half of the influential duo Heltah Skeltah and a member of the supergroup Boot Camp Clik. Even as new trends entered the genre, Sean stayed true to his '90s-style roots, delivering uncompromising lyricism on his solo albums and as a member of the trio Random Axe. Duck Down had announced earlier this month that they'd release his next mixtape, Songs in the Key of Price, on August 21.

Rest in peace Sean P. Your music will definitely not be forgotten.

Listen to two singles from Songs in the Key of Price, with some of Sean's classic videos and tweets from fellow musicians about his passing, below...

Sean Price - "#4NoReason" (from Songs in the Key of Price)

R.I.P. Ruck....Love and Respect to The Duck Down Family!!! #SeanPrice