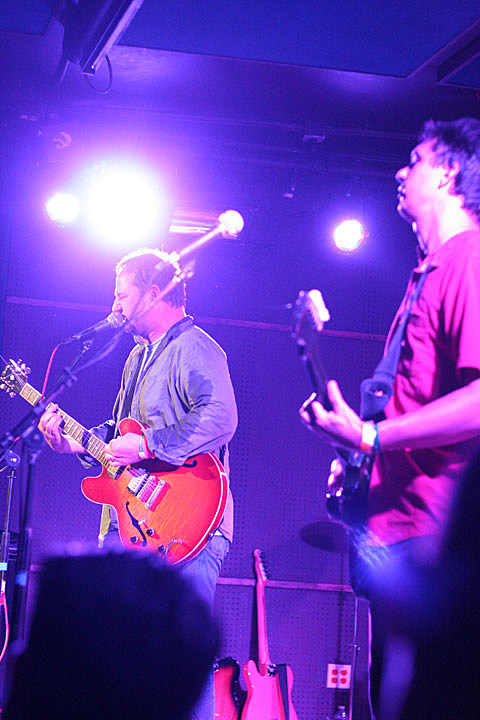 The Seaport Music Festival already announced that Unknown Mortal Orchestra would be playing on June 28 and they've recently announced a couple more dates on the schedule. Memphis garage legends The Oblivians will play with their Goner labelmates Ex-Cult on June 7. And then on June 21, jangly UK indie pop quartet Fear of Men will play. No opener has been announced for that show yet. All Seaport Music Festival shows are free and all-ages.

More shows are still to be announced. Also happening at Pier 17 at the Seaport is Village Voice's 4Knots Music Fest which happens June 29 with headliners Kurt Vile & the Violators, plus The Men, Parquet Courts, and Marnie Stern and more TBA.

As you may remember, South Street Seaport was hit hard by Hurricane Sandy, taking out most of shops on the brick street area down there which also suffered heavy looting, and most of those storefronts are still empty. (The mall is open, though.) Seaport Music, the label, are putting out a compilation album titled Anchored & Amped and 100% of the sales going to Seaport area businesses impacted by Hurricane Sandy. The record includes exclusive tracks from Ted Leo & the Pharmacists, The Wedding Present, Wire, Savoir Adore and more It will be available on June 4 via local record stores and at Seaport Music Festival shows.

Ex-Cult will also be back in July with Austin's OBN IIIs, playing Mercury Lounge on 7/24. Tickets to that show are still available. Updated Ex-Cult dates are listed below...