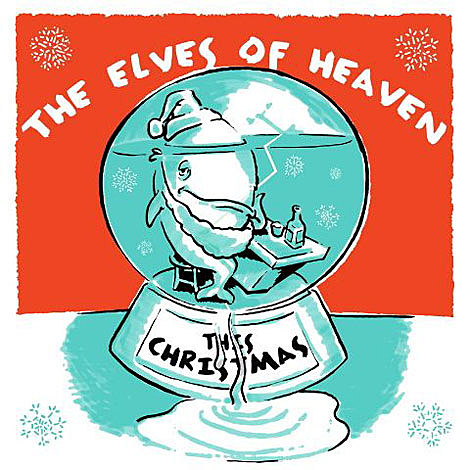 The folks behind the Seaport Music Festival have started a record label, Seaport Music Records, and have just released their first single -- a holiday-themed song from The Elves of Heaven which is basically Dublin musician Martin Clancy.

Martin became known to us through UK label Fingerlickin' Records and a project we worked together on this past June at the Seaport with the Brooklyn Philharmonic.

Martin will be our very first "artist in residence" and over the course of the next few months, you'll be hearing tons of stuff from him.

The first song is a pretty catchy little number, better than your average indie xmas tune, very much in the JAMC/Phil Spector mold. You can download it at the top of this post. Seaport Music Record's second release will be an actual 7" single from Brooklyn band Loose Limbs, 2010 TBD, so keep an eye out.