The Seaport Music Festival is celebrating its 15th anniversary this weekend with a four-day celebration. Following a night of comedy on Thursday, and a dance performance on Friday, Saturday (9/9) saw the first of two nights of live music, headlined by Ted Leo & The Pharmacists, who have played fest a few times, including the night of the 2003 blackout where they ended up performing using a borrowed generator.

Saturday's show featured all Ted Leo-approved acts, and was hosted by Dap (aka former Das Racist member Dapwell) who kept folks entertained between sets by reading some pointed, socially minded and often very free verse. The stage's location, right at Fulton and Front where there are street games and food stands -- plus some unrelated Fashion Week activities a block or so away -- made for some weird moments early in the day, with random passers-by just walk in front of the stage to get where they were going but opening acts Big Huge (riffy rawk) and the gothy Azar Swan made the best of it.

Jean Grae, though, made it clear that was not going to happen during her set and demanded the crowd hanging back come up to the stage. A comedian and regular guest on podcasts in addition to being a rapper, Jean is great at crowd control and had folks -- both those who were there for Seaport fest and those who were just drinking at the Garden Bar -- in her command for a very, very interactive set that was one of the highlights of the day

By the time Ted Leo & The Pharmacists took the stage, Fulton St. was a big mass of fans who were all there for the music, and they did not disappoint. The show served as a quasi release show for Ted's terrific new album, The Hanged Man, and they played a bunch from it, but also gave fans lots of hits ("I cannot escape the Bush era!" he joked), including "Where Have All the Rude Boys Gone," "Me & Mia," and "The High Party."  Jean Grae joined the Pharmacists for the Motown-y Hanged Man song "Can't Go Back" (she sang on the recorded version too). Check out a picture of the printed setlist below.

Pictures from Saturday are in the gallery above. The Seaport Music Festival wraps up its 15th Anniversary celebration today (Sunday, 9/10) with a genuinely killer lineup on Pier 16, hosted by Jonathan Toubin and featuring Ian Svenonius' The Make-Up, James Chance & The Contortions, Suicide's Martin Rev, The Wolfmanhattan Project (aka Kid Congo Powers, Mick Collins of Dirtbombs/Gories, and Bob Bert of Pussy Galore), Death Valley Girls, The Nude Party, Surfbort and the live debut of Warm Drag (members of Golden Triangle and Oh Sees). Bands start at 2 PM (set times are here), it's free and all-ages. 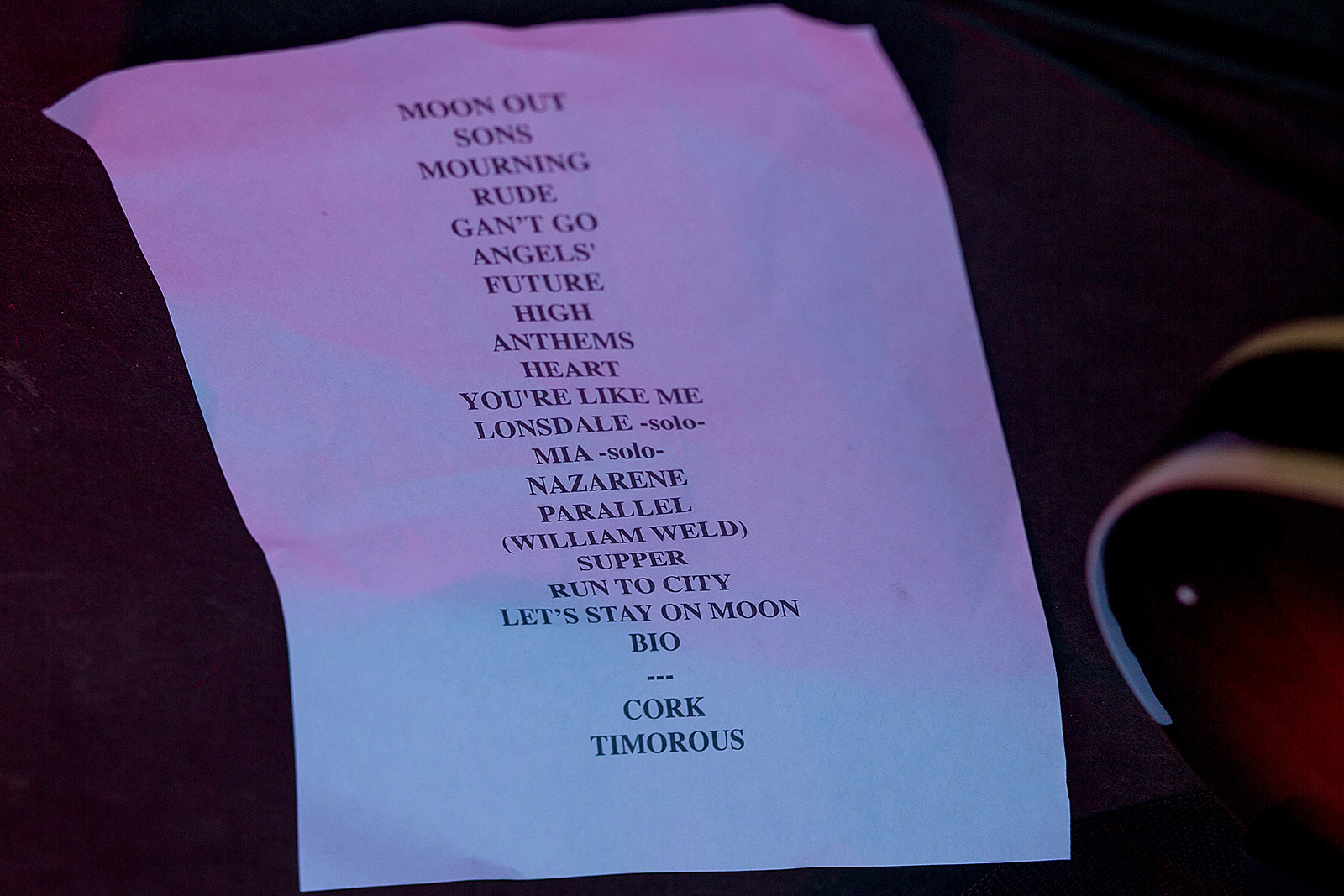