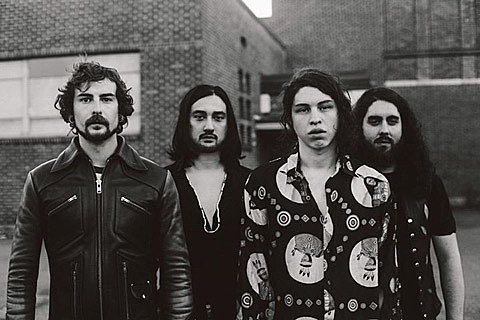 Sometimes you just want to rock, late '70s style with big in-your-face riffs -- the kind that sound best blaring out of a car stereo on a long strip of highway. If you're currently in that mood, Seattle quartet Fox and the Law have what you're looking for. The band's new album, Stoned to Death, has it in heavy spades, with splatterings of sludge and psych. (We'll not say the G word but they are from the Emerald City.) The album's out next week (10/21) but you can stream the whole thing -- it makes its debut in this post.

Fox and the Law have a couple Pacific Northwest shows to celebrate the album's release, including one in their hometown on November 1 at the Black Lodge. (No Twin Peaks jokes please!) All dates are listed, along with the album stream, below...