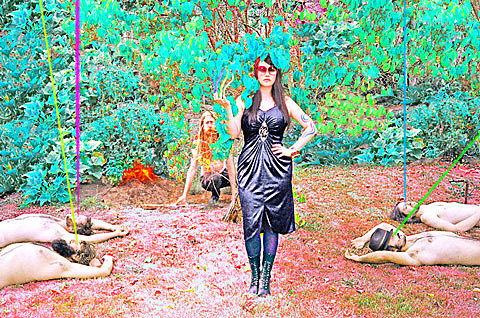 Seattle, WA's Midday Veil will release their new album, This Wilderness, on September 11 via Beyond Beyond is Beyond. The band have been around since the late-'00s, having transformed from more experimental beginnings into a fully-formed synth-psych being that incorporates elements of krautrock, electro-disco and baroque pop. A good entry point is the swirling "Empire is No More," that could be Neu! if they formed in Cairo instead of Düsseldorf and had a sultry vocalist (here, singer Emily Pothast). (Miss School of Seven Bells? You might like this.) The song makes its premiere in this post and you can listen, along with another track off the album, below.

Midday Veil will be on tour next month, including a NYC show at Trans-Pecos on September 18. Rest of the lineup for that show is TBA. All Midday Veil dates are listed below... 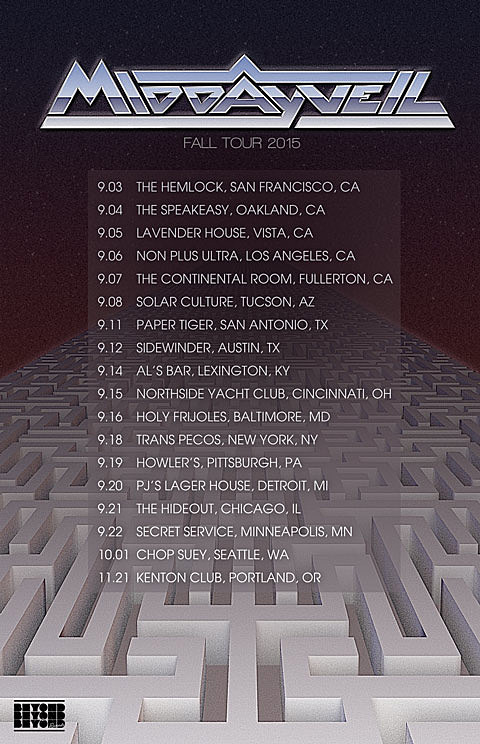