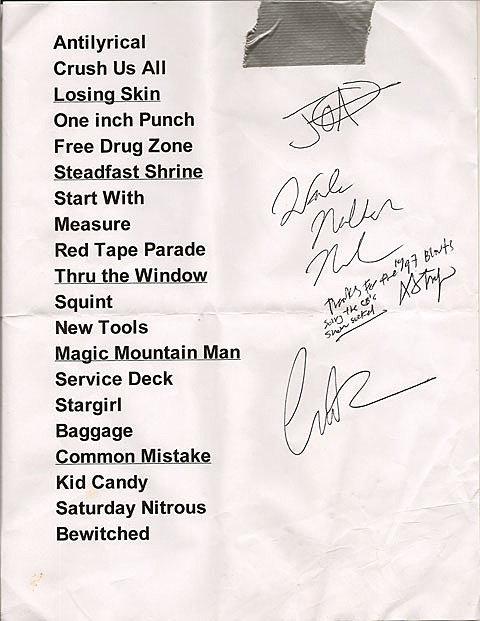 Seaweed played their first NYC show in over a decade at the Bell House in Brooklyn on Friday, April 22, 2011. One fan wrote,

"...Needless to say the show was one for the ages. Honestly there was not a sad face in the entire crowd. Complete strangers became best friends while packed in front of the stage like sardines..."

That's a picture of the setlist above. Some videos from the show are below...