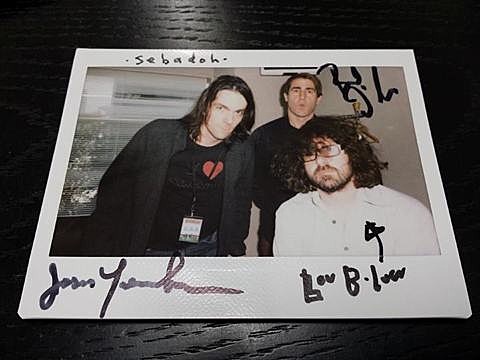 Iconic '90s indie rock band Sebadoh got back together a few years ago for tours, but cemented their reunited status this year with Defend Yourself, their first new album in 13 years. The band was just through NYC on their November tour and have just announced two more NYC shows for February, both at smallish venues: Mercury Lounge on 2/24 and Rough Trade on 2/25. Tickets to both shows go on sale Friday (12/6) at noon, with an AmEx presale for the Mercury Lounge show beginning on Wednesday (12/4) at noon.

A full tour hasn't been announced, but Sebadoh do have a few other dates in February, mostly in the South. All are listed below...