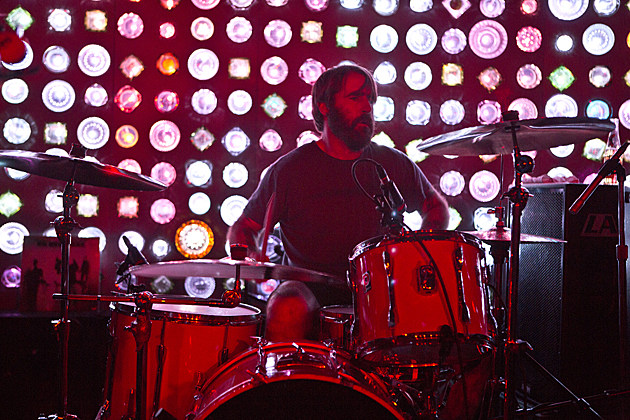 No Chief is Sebadoh/Fiery Furnaces drummer Bob D'Amico new band. The songs are his, but he brings in a load of help, including his Sebadoh bandmate Jason Loewenstein, his Fiery Furnaces bandmate Matthew Friedberger, and Versus' James Baluyut. On the two tracks that are up on No Chief's bandcamp, Petra Haden (That Dog, The Decemberists) sings lead. You can listen to both of those below.

No Chief make their live debut tonight (2/10) at Rough Trade where they'll open for His Name is Alive. Tickets are still available. The lineup for No Chief tonight will be D'Amico, Lowenstein, Friedberger and TEEN's Teeny Leiberson (who Bob played with at Rock Lottery).

Meanwhile's Bob's still with Sebadoh, who just announced a NYC show: Music Hall of Williamsburg on March 17 with Qui. Tickets for that show go on sale Friday (2/13) at noon with an AmEx presale starting Wednesday (2/11) at noon. No other Sebadoh dates have been announced.

No Chief song streams below...