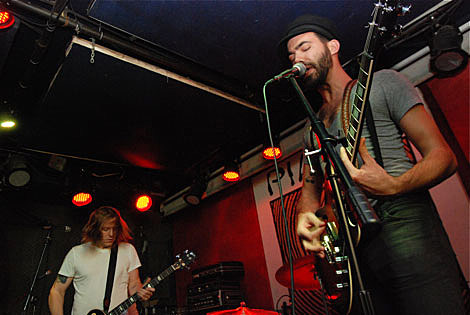 Recently, Sebastien Grainger changed his MySpace page description from "fuck rock" to "fun rock." Like his brand new debut album on Saddle Creek, Grainger's set at the BrooklynVegan day party at Pianos wasn't very sexy, but it sure was a good time. Grainger's new sound utilizes the same driving propulsion as the band that made him famous (Death From Above 1979), but in the service of good ol' boy rawk rather than dance-metal. At Pianos, Grainger and his three-man backing crew (the Mountains) threw a fit of buzzsaw melodies and steam engine beats that got progressively louder as the set progressed. By the time of the anthemic "American Names", the volume was overdriven to the point of distraction.

Sign o' the times: Grainger made fun of an audience member's goatee, then backpedaled: "He's probably not going to buy the album." The guy yelled back, "I already downloaded it!"
[Amy Phillips]

Sebastien also played Mercury Lounge the night before Pianos, and he'll play Mercury Lounge again on December 3rd (with Snowden) (tickets) which is one day after he plays Union Hall (tickets). More pictures and tour dates below... 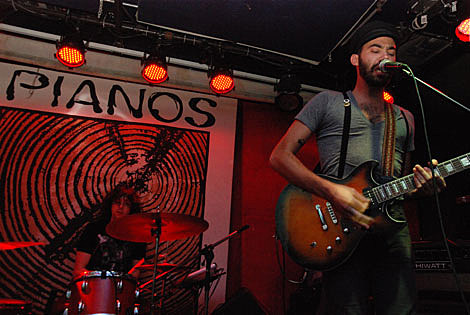 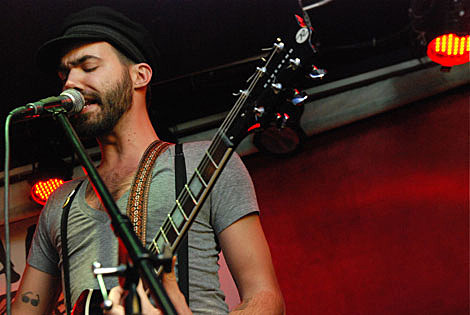 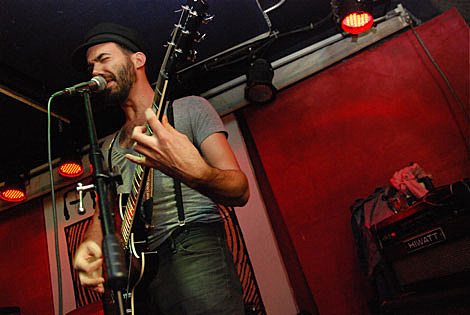 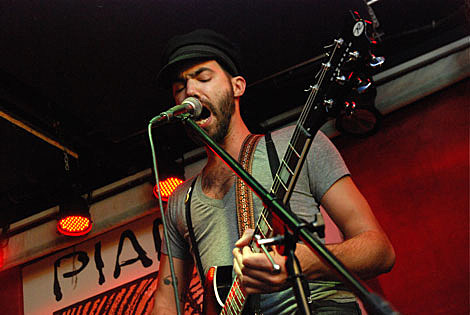 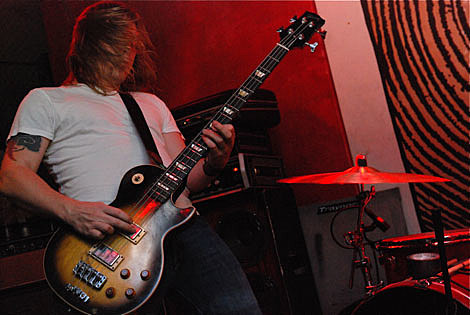 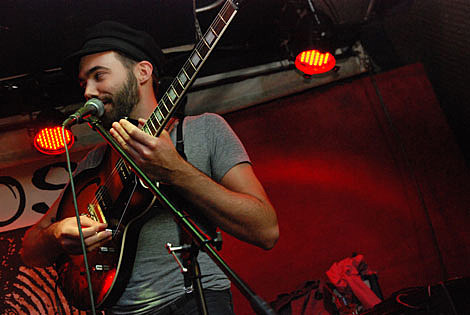 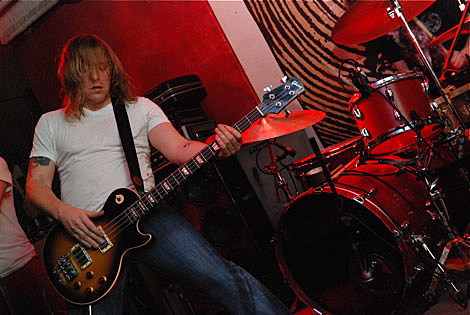 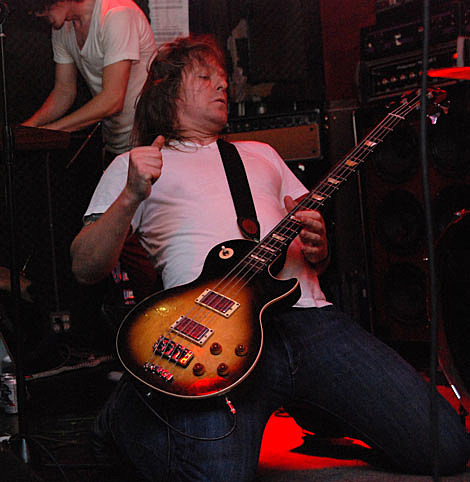 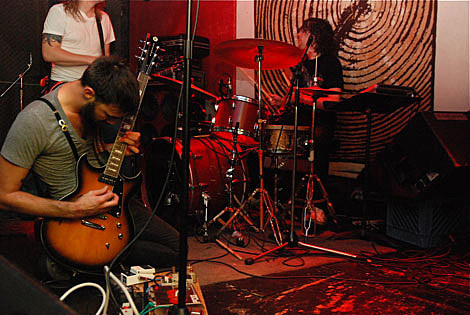