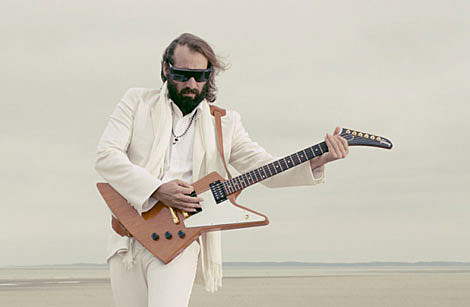 Sébastien Tellier (born 1975 in Paris) is a French singer, songwriter and multi-instrumentalist. He is currently signed to Record Makers, a French independent record label. He sings in English, French and Italian. [Wiki]

As I was just saying, Sebastien Tellier will be in the USA in April to play a few West Coast dates with Chairlift (and maybe Coachella). But first he'll also be in the USA to play some April shows on the East Coast (without Chairlift) and that includes another show at (le) poisson rouge in NYC. He last played the same venue in December. Before that he appeared at Hiro Ballroom in July. Tickets for the April 1st show are on sale. All dates below...