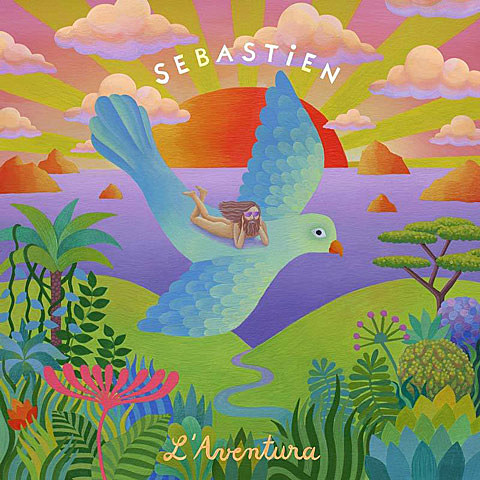 Groovy dude Sébastien Tellier released L'Aventura this month via Record Makers. The concept for this one is its recollections of his childhood, reimagined as if he grew up in Brazil instead of France. Tropical heat and French cool have long been a winning combo and with flutes, strings and "bah bah" choruses (arranged by Brazilian music legend Arthur Verocai), this coulda been released by Sergio Mendes (or Serge Gainsbourg) in 1975. Also appearing on the album: new age / synth icon Jean Michel Jarre and percussionist Robertinho Silva. It's well worth checking out and can stream it via Rdio.

Meanwhile, Tellier has given one of the album's synthier tracks, "Aller Vers Le Soleil," to Hercules & Love Affair to remix, who give the ethereal track a solid disco thump. We've got the premiere of that in this post. We've also got the premiere of a Red Bull Session that Sebastien did, performing the new album's "L'adulte" and "Cochon Ville" live. Watch that, and the music video for "L'adulte" as well, below...