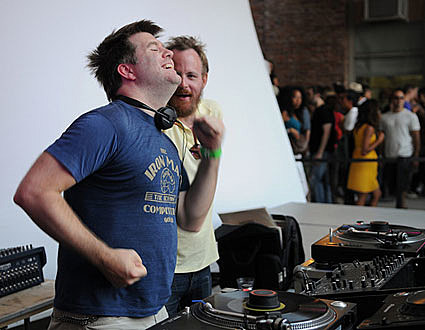 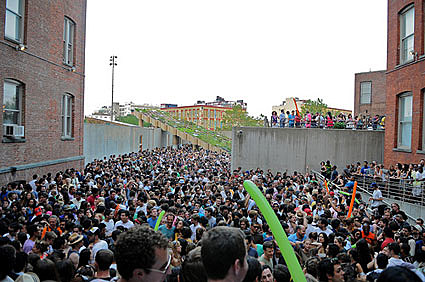 Thursday night, despite the various dance happenings I decided to take a break and stay in. Friday I took a break from dancing again and went to the excellent Ween show. The no-dancing streak couldn't last much longer though - Saturday I headed to PS1 for the DFA-laden edition of Warm Up. I arrived around 5 and witnessed a line stretched around at least 3 sides of PS1. Thankfully I was able to go on the much shorter line for LIC residents. Inside was less crowded than I expected - perhaps some of the line was due to an attempt at crowd control. Unfortunately it was only temporary and PS1 turned into a barely navigable, wall to wall crowd of people standing around, many waiting in one of the ridiculously long and seemingly merging beer lines.

After several minutes of scurrying through gaps opening in the crowd I finally made it to the dancefloor where there was an odd little mix of people not dancing at all, people just tapping their feet a little bit, and people absolutely losing their shit. I fell somewhere between the feet tappers and wanting to lose my shit but James and Pat's selections just weren't doing it for me. Probably the one and only highlight for me was when they dropped "Planet E" by KC Flightt which heavily samples "Once in a Lifetime" by the Talking Heads. Check out the video which features the soon to be touring David Byrne dancing through every now and then. Around 8 I left PS1 feeling very frustrated, but I am already starting to feel better because of the amazing events headed our way this week:

First off, hopefully things will be better tonight (Wednesday July 30, 2008) at Santos Happy House with different DFA'ers, Juan Maclean and Tim Sweeney (Beats in Space) choosing the tunes. Apparently it's going to be an actual battle with Tim and Juan switching off every hour, with one of them emerging as the winner.... 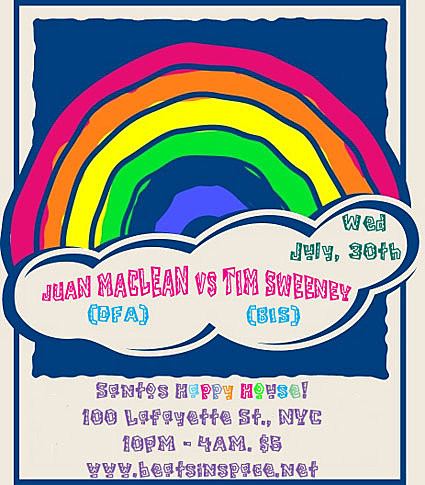 On the earlier side of Wednesday this man is coming to New York: 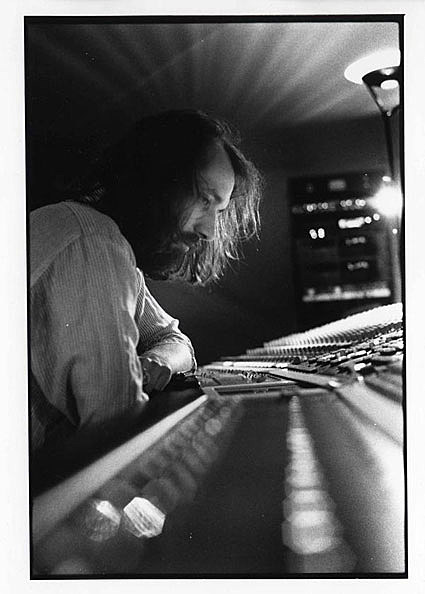 Sebastien Tellier basically is French sex. I have read one review of his live show which is apparently replete with some *ahem* antics as well as excellent live delivery of his Guy Manuel de Homem-Christo (1/2 of Daft Punk) produced, and appropriately titled album, Sexuality. If you still aren't sure what this guy's about check out his NSFW! video for Sexuality.

The show is at Hiro. It is Sebastien's only *live* performance in New York. Doors are at 8. $12 advanced tickets available here.