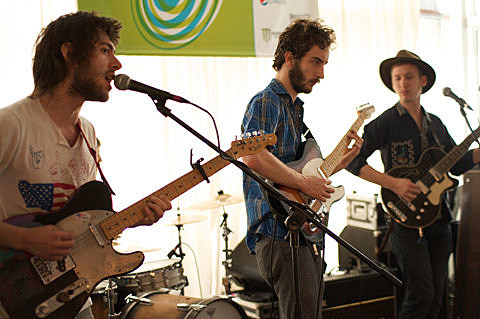 "We'll start by letting Daniel Pujol tell you about his debut LP for Infinity Cat: "The X File On Main St. LP stylistically focuses on Nashville and draws from my work in MEEMAW and Saigon Baby/Wizardz. It is an aesthetic and conceptual assemblage of a lot of the recording and narrative ideas I've experimented with since 2007, but all at once. X File is a record for and about everything around in Nashville since I moved here in 2006. Ben Todd of Nashville's Dead, Dillon "Angel Baby" Watson of D. Watusi, and Wez Traylor of Natural Child and MEEMAW play on it. Their science keeps me honest; the truth is way, way, out there.""
[Infinity Cat]

Pujol are on tour with Secret Cities. Both bands, both with new releases, are making their way to Toronto for NXNE, but meanwhile are in NYC for two shows. These dates are tonight (6/14) at Death By Audio with Dream Diary and Little Gold and tomorrow (6/15) at Cake Shop with Ava Luna.

Pujol and Secret Cities play NXNE together at Wrongbar on June 17 with Ty Segall and Julianna Barwick. Ty Segall is also on the lineup of the BV/M For Montreal 'Bruise Cruise' one day later.

Pujol are also playing the Sled Island festival in Calgary, AB on June 24-25 with Deer Tick, Dinosaur Feathers, Crocodiles, The Muffs and many others.

Secret Cities recently released the album Strange Hearts via Western Vinyl. Check out th3 MP3 of "Love Crimes" above, and the video for "Always Friends" off that album along with all tour dates below... 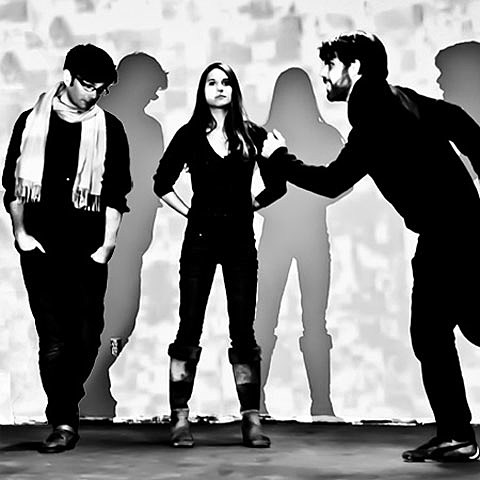 Always Friends by Secret Cities from Western Vinyl on Vimeo.