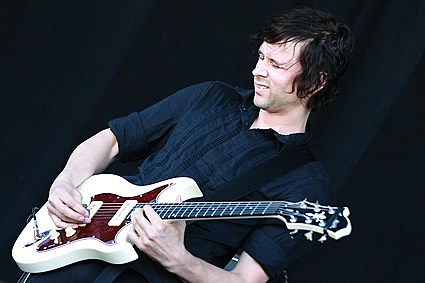 Secret Machines (still exist - in some form anyway, and...) are putting out a record and touring. Press release below...

Having recently freed themselves from major label obligations and
now working in collaboration with World's Fair Label Group, Secret Machines, a staple in contemporary psychedelic rock, have announced plans to self-release a full-length in the fall of 2008. World's Fair will administer complete day-to-day label services for the release, which is the band's third album.

In the meantime, the band, long heralded by fans and critics alike for their powerful live show, will put their impressive talents on display as they traverse the US and Canada, stopping in Toronto, Los Angeles and San Antonio before an appearance at the All Points West Festival on August 10.

*With Stone Temple Pilots
^With Coheed and Cambria and Russian Circles