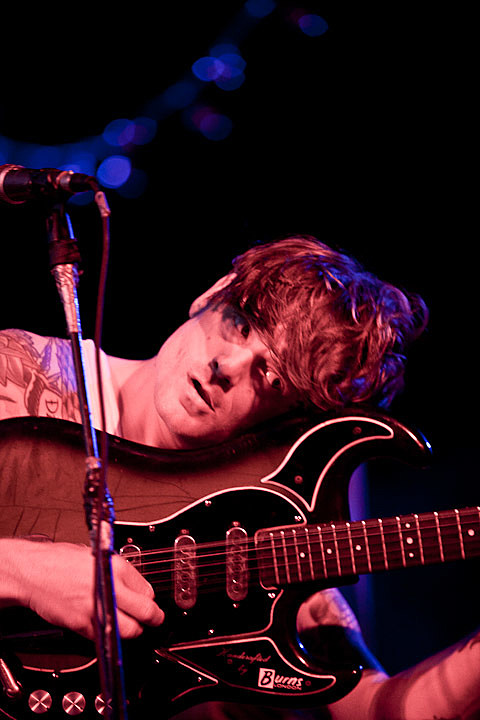 Well, we may know at least one band on the bill. Thee Oh Sees play Brooklyn Bowl Saturday (6/18) but list "06-17 shhhhhhh...." on their website (thanks Maxim), so it's either them or there are two secret shows. Who do you think the other bands are?

Adventure, CO LA (Matt Papich of Ecstatic Sunshine), and Weekends were supposed to play Death by Audio Friday night, but that show was cancelled. Weekends will instead open for Dom at Brooklyn Bowl.

To add to the mystery, a "Surprise special guest" is also listed on the Saturday Thee Oh Sees Brooklyn Bowl show that Yellow Dogs, and Emil and Friends are also playing. Who's playing that one?

All Thee Oh Sees dates below...