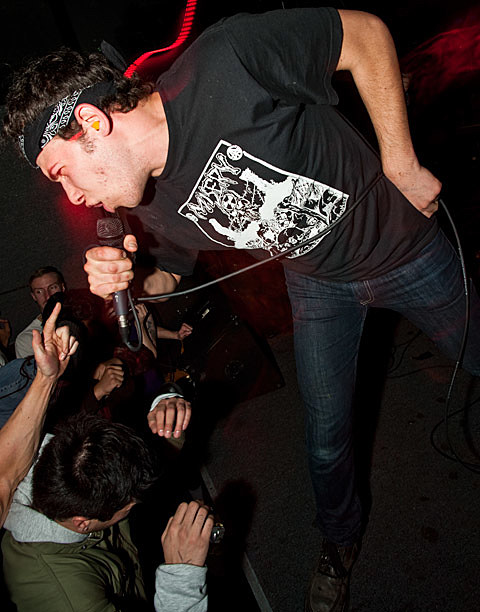 Intercontinental straight-edge crew Sectarian Violence (mem Coke Bust, Never Again, Stay Hungry) and Chicago's Poison Planet will join forces for a string of East Coast and some Midwest dates, dotting the countryside with nuggets of punk rock violence. The tour will swing through NYC at Acheron on June 14th, teaming up with another ongoing jaunt from A389's The Love Below and NJ's Pharaoh. $8 gets you in.

The Love Below kicks off a round of dates TONIGHT in Phoenix, AZ, eventually making their way to Chaos in Tejas before heading our way. The band recently released their new LP Every Tongue Shall Caress via A389. Stream it in full below alongside all listed tour dates.

Meanwhile, Pharaoh is preparing to release their new 7" This House Is Doomed via A389. Look for it in "the next two weeks" and in the meantime check out the title track from that 7" on the recent A389 Mixtape.

Sectarian Violence released a new self-titled EP via Grave Mistake earlier this year. Stream it in full below along with a listing tour dates and streams mentioned in this post. 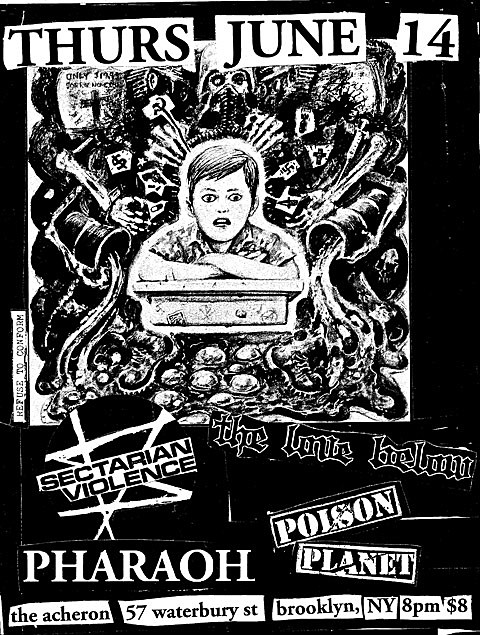