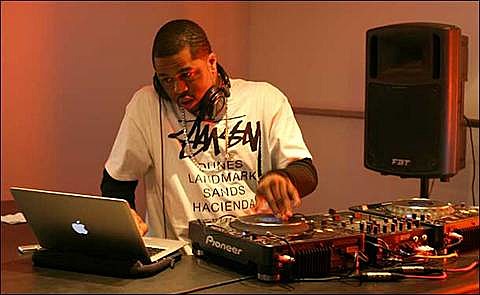 If, like me, you've been listening to Kendrick Lamar's good kid, m.A.A.d. city all week, you've probably noticed that in addition to Kendrick's impeccable flow, the whole record is backed by great production too. One of the finer moments beatwise comes on album closer, "Compton," which was helmed by veteran producer Just Blaze. There aren't many rappers who don't sound great over a Just Blaze beat, but this track (which happens to include a killer guest verse by Dr. Dre) is immediately up there as one of those great hip hop joint efforts like Jay-Z and Eminem's "Renegade" or Snoop Dogg, Dr. Dre and D'Angelo's "Imagine."

If you're interested, you can download a mixtape of the samples used on good kid. For "Compton," Just Blaze sampled Formula IV and Kool and the Gang (via IllRoots).

If you live in NYC and wanna see the man behind that track, consider yourself in luck because Just Blaze is playing Santos Party House tonight (10/25) with DJ Soul. Doors are at 11 PM and admission is $5 before midnight and $10 after. It's Just Blaze's only announced show at the moment.

The flier for that show and a stream of "Compton" are below. 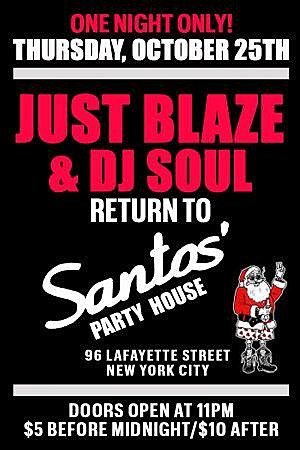