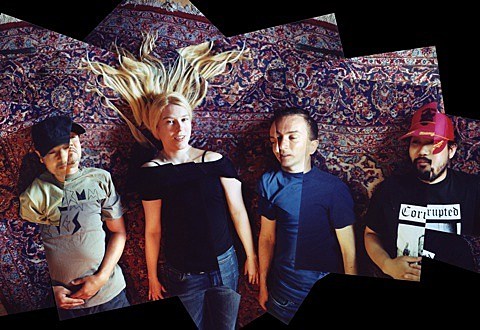 Acclaimed UK electronic act Seefeel will embark on their first-ever U.S. tour next month, including two shows in NYC: June 29 at Brooklyn Bowl and June 30 at Le Poisson Rouge. They're playing the Primavera Sound festival in Spain today. The tour is in support of the band's new eponymously-titled album which came out on Warp earlier this year.

Picking up where My Bloody Valentine left off, Seefeel formed in 1992 and took the more ethereal side of shoegaze and added electronics, and were one of the first bands to be called "post rock." (A term coined by Simon Reynolds originally to describe Bark Psychosis.) After a string of well-received EPs, the band released their debut, Quique, in 1994. It remains a landmark of the genre, it's influence can be heard today in Battles, Gang Gang Dance, Fuck Buttons to name three.

After three albums -- one on Too Pure, one on Warp and one on Aphex Twin's Rephlex label -- Seefeel disbanded in 1997. Mark Clifford released music as Disjecta and Woodspoonen, and the rest of the band (Sarah Peacock, Justin Fletcher and Daren Seymour) formed Scala with original Seefeel bassist Mark Van Hoen.

Seefeel came out of retirement in 2009 for Warp's 20th anniversary shows with original members Clifford and Peacock aided by Shigeru Ishihara (aka DJ Scotch Egg) and former Boredoms drummer E-Da. Shows in the UK followed, and the new group decided to go back into the studio, resulting in last year's Faults EP and Seefeel which was released in February. Said Dusted:

Ultimately all about the guitars, and if Seefeel's first wave of releases subtly rejigged your notion of what guitars could do, turning "an orgasm into an environment," as Simon Reynolds once memorably put it, here it has you thinking of how tough and grainy the guitar<->processing interface can be. On "Dead Guitars," the hymned instrument hums like striplights, grinds like teeth, scrapes and claws like nails against polystyrene. Further into the album, on more extended tracks like "Step Down" and "Aug30," some of the jouissance of yore returns, but brittle with it, as though at any moment it could go molten. It's this kind of textural insight, a rare touch of Clifford's in particular, that has Seefeel's return feeling more vital than most.

You can listen to track from the new album below.

As said before, these upcoming shows will be Seefeels first-ever in the U.S. and for folks of a certain age and inclination, it's pretty exciting. (Though Brooklyn Bowl is a weird place for a Seefeel show.)

All Seefeel tour dates are also below. 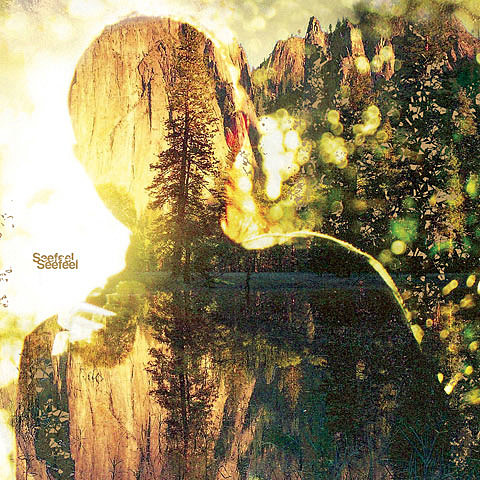