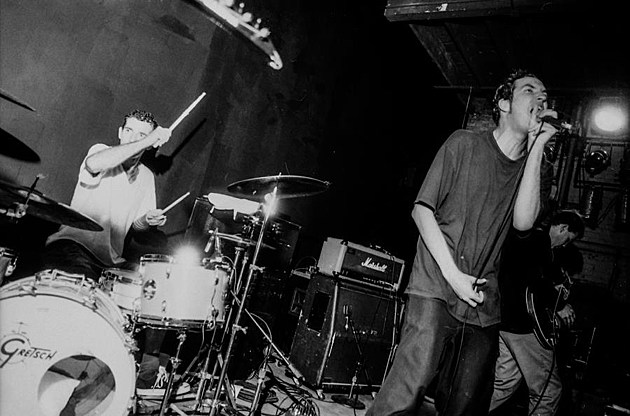 Earlier this month, Jon Bunch sadly passed away at the much too young age of 45. He fronted the beloved post-hardcore band Sense Field in the '90s and early '00s, and was also eventually the third lead singer of Further Seems Forever. Before Sense Field, he fronted the short-lived band Reason to Believe, and more recently he was in War Generation and Lucky Scars. Before his passing, he was a guest on the Washed Up Emo podcast which ended up being his last interview ever. Here's what WUE founder Tom Mullen had to say:

This podcast is supposed to be evergreen. You can listen in 5 years or in 10 years and know a good chunk of that band or era and some context to the scene and a way to look back but also look ahead. Jon was that last point to a T. He was so happy talking about the history but also his new music and what was next. Sadly, this was the last interview Jon did. I can only hope those close or those who have no idea who Jon Bunch was take and learn something from one of the most important voices in not only the independent scene but music in general. I am eternally grateful Jon took the time to talk with me about his life that will thankfully live on in aural form so someone can stumble upon Jon's music forever.

You can listen to the last Jon Bunch interview ever HERE. Also via Washed Up Emo is the above picture of Jon Bunch, taken by Elliott frontman Chris Higdon. Check out more here.