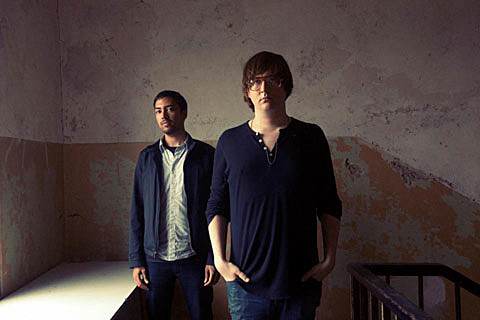 Producers Travis Stewart (aka Machine Drum, Syndrome, Neon Black, TStewart) and Praveen Sharma (aka Braille) record together under the name Sepalcure, and their self-titled debut LP, which came out on November 22 via Scuba's Hotflush label, is bound to leave a mark on the current dubstep scene.

The chainsaw bass drops used by many of the more successful DJs have become a similar dick-measuring contest to '80s hair metal guitar solos and falsetto shrieks, with Burial acting as the same type of catalyst for a new strain of the genre as Black Sabbath has been for sludge and doom. While Sepalcure does retain some of Burial's skewed vocal samples and swift beats, it's most memorable for its live instrumentation. The whole thing is scattered with the sort of disco piano lines that have resurfaced during '90s house and more recently on much of the DFA roster. They embrace the dub element of dubstep on "Yuh Nuh See," bring in an ounce of bass wobble on "Breezin," and while many of their peers are reaching to contemporary R&B for vocal samples, on "See Me Feel Me," Sepalcure take from The Who's track of the same name. You can stream the entire LP below and check out a video of album track "Pencil Pimp."

Sepalcure made their live audio/visual debut in NYC, where the duo is/was based, in November opening for Africa Hitech. Pitchfork mentions that Travis Stewart has since moved to Berlin, leaving the future of the duo uncertain, but at the very least, we'll be getting one more NYC show from these guys before the year ends with a live set at Cameo Gallery on December 29. Stewart's Machine Drum project (live) is also on the bill and more acts are TBA. A ticket link will be available soon. Sepalcure then heads to California for two shows.

All dates, video, and album stream below...