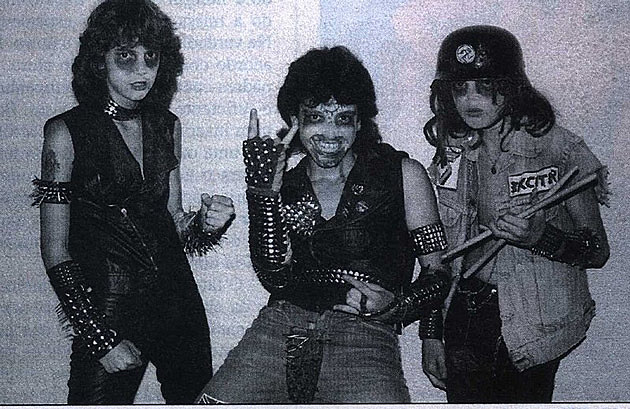 I think most of us can agree that the 2013 version of Sepultura is kind of a joke. Sure, they retain more of their classic-era lineup (50%) than quite a few bands do, but they've kept the wrong half. Sepultura was always about the Cavalera brothers, and without them, they're basically A Tribute To Sepultura, Featuring Andreas Kisser.

Nonetheless, they're an extremely popular band, and it's an event whenever they come to North America. Sepultura will spend this November on a roughly three-week cross-continent jaunt along with Unearth and Kataklysm. Additional support will be provided by Scar the Martyr (Joey Jordison from Slipknot's new band, if you're into that kind of thing), Anciients (who joined this year's edition of the even more Phil Lesh & Friends-esque Death to All tour), and Dark Sermon on certain dates. Sepultura also have a new album, titled The Mediator Between Head And Hands Must Be The Heart (yikes), coming out on October 29.

The tour will hit Gramercy Theater on 11/18. Tickets go on sale today at noon. All dates are listed below.