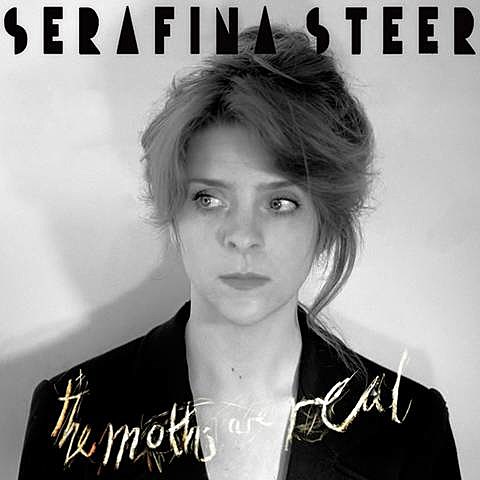 Serafina Steer's 2010 album Change is Good, Change is Good was one of that year's more underrated records, spare and spooky, recalling '60s British folk, Young Marble Giants or Electrelane's more delicate moments. If you haven't heard it you can stream it via Rdio below.

One big fan of that album was Jarvis Cocker who declared it his favorite LP of 2010. When it came time to make her follow-up, Serafina asked the Pulp frontman if he might be up for producing and he said yes. They dished to Nowness:

Serafina Steer: When I asked you to produce my record, I'd heard that Alice Coltrane, in meditation, asked Stravinsky and John Coltrane whether she could arrange some of their music, and they said yes. I was thinking about her a lot and thought, 'I'll ask Jarvis.'

Jarvis Cocker: I never thought I would produce a record. I thought it would be one of my definitions of hell: having to listen to somebody else's music over and over again!

SS: Did you regret it?

JC: Well, what I liked was that your songs didn't follow a conventional structure, whereas I'm very conventional when I write songs. I didn't want to trample all over that. I suppose the role of the producer is quite nebulous--and my definition would be in some way helping to put your ideas into action. I just thought that I could help define them in some way. - [Nowness]

Serafina Steer's new album is called The Moths Are Real (cover art above) and will be out in January via Stolen Recordings. The album is even more spare than her last, with many songs just Steer's voice and nimble harp-playing. (Jarvis sings back-up on one track, "The Removal Man," too.) It's quite lovely. In addition to producing the album, Jarvis also directed the album's first single, "Night Swim," which features synchronized swimming. You can watch that below along with a list of upcoming live dates (none in North America).