Stream a song at Honeymilk Records. 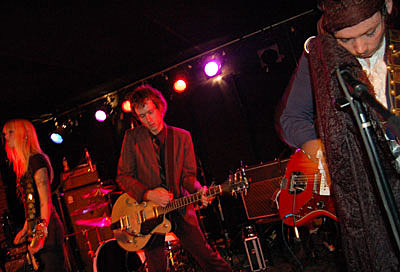 "Serena Maneesh has been compared to wall-of-noise bands like Sonic Youth and The Jesus and Mary Chain, mixed with the grand orchestration of Sigur Ros and M83. They even had their friend Sufjan Stevens play the flute and marimba on their latest self-titled album. Not too many bands can kill you with feedback AND flutes. If that's not musically manic-depressive, I don't know what is." [Oh My Rockness]

note: Sufjan was spotted at their Northsix and Mercury Lounge shows (two nights in a row). No flute though. 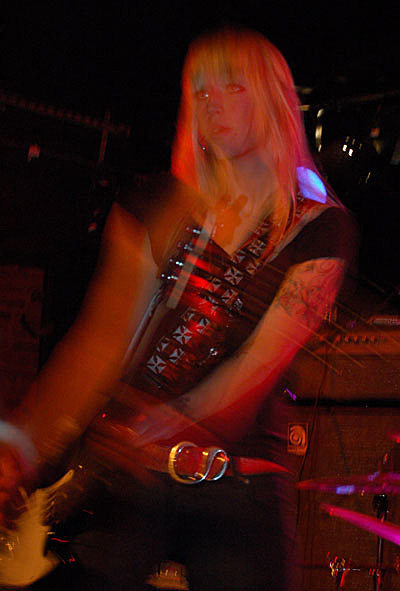 They were scheduled to go on at midnight, but didn't start until 12:45. Around 1:30 they were finished. No encore. They're a spectacle to watch, and to listen to. Danfun has more pics and a review.

Tickets for some of their shows in March are already on sale. 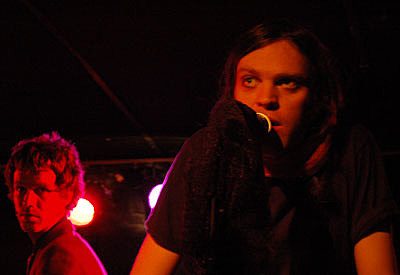 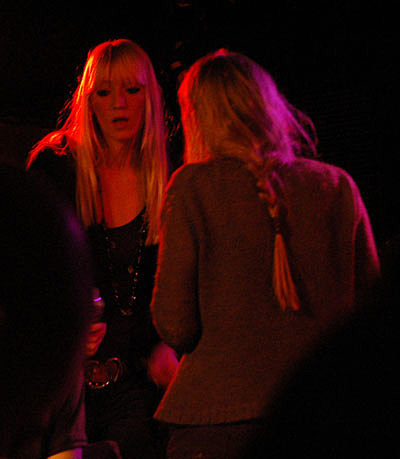 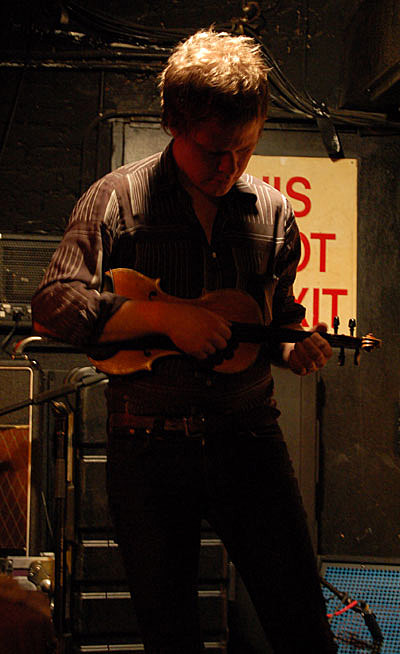 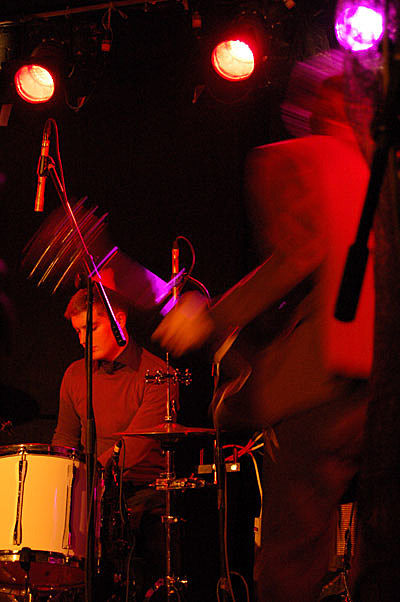 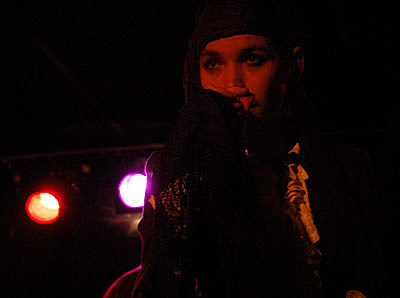 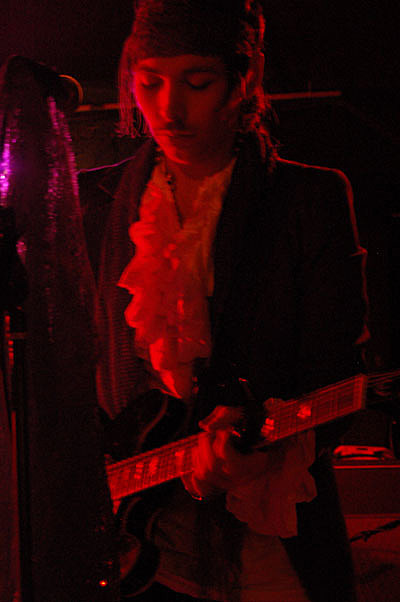 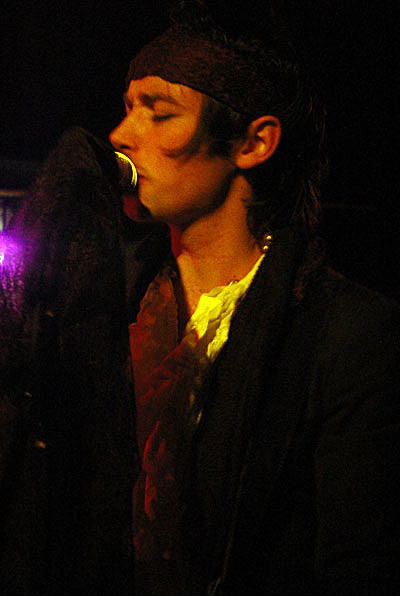 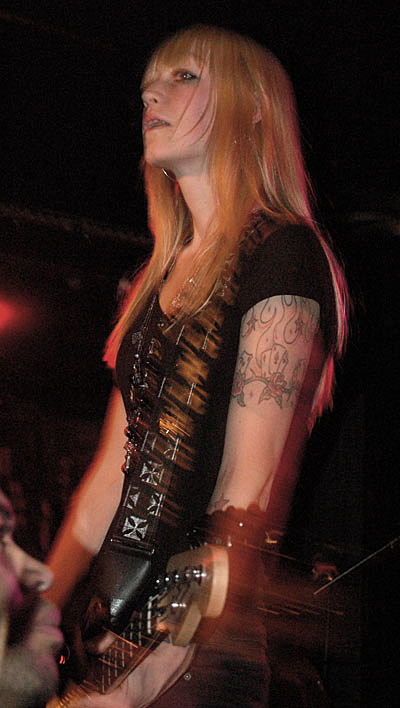 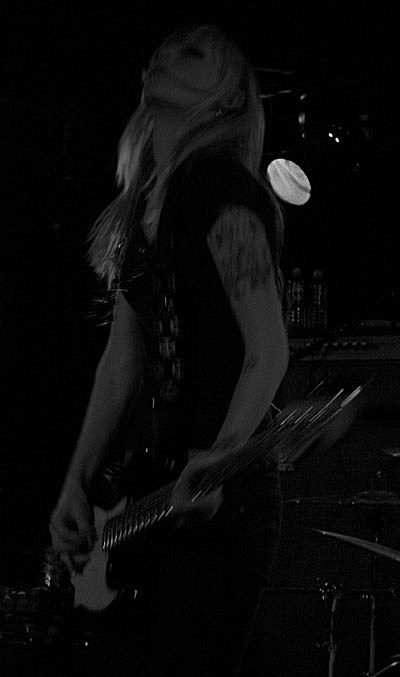 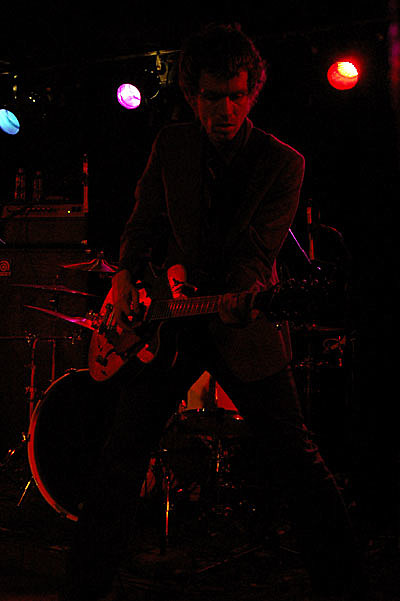 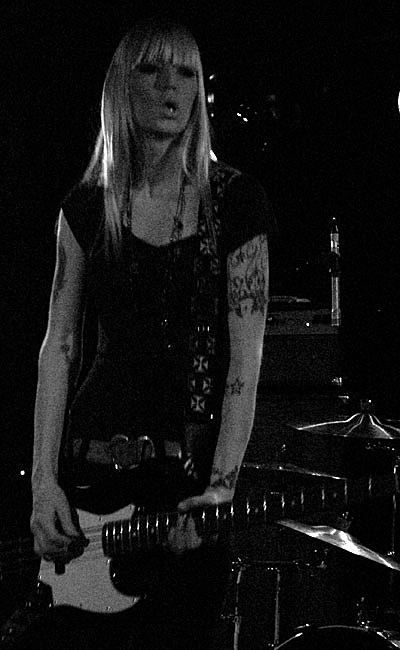 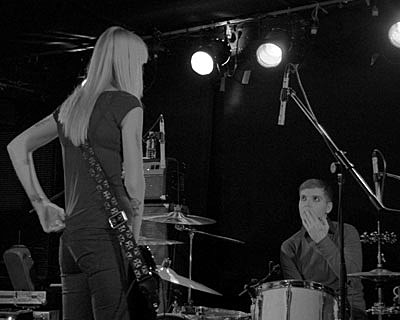 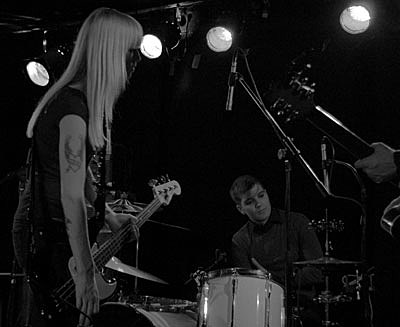 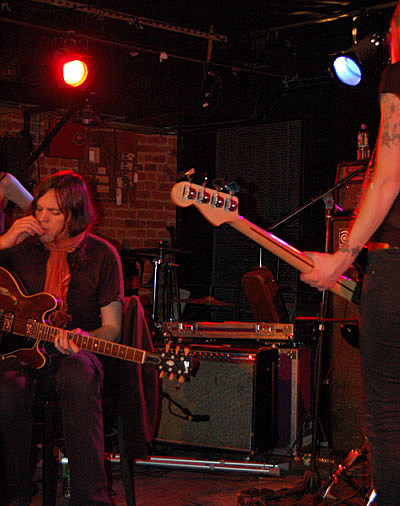 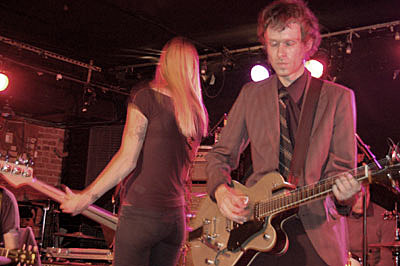 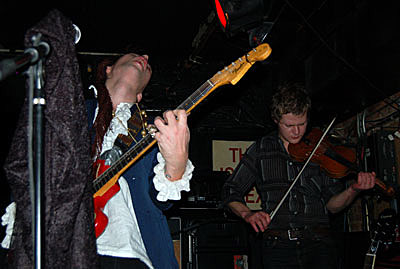 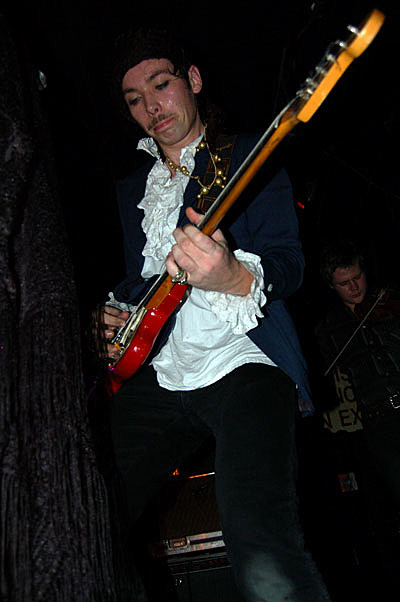 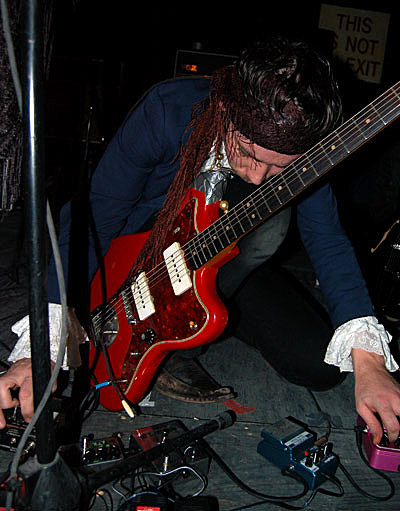 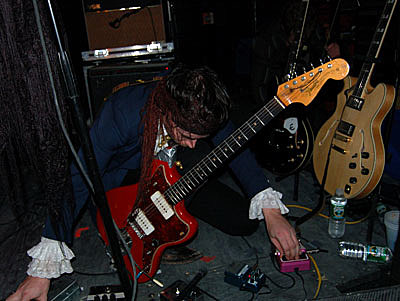 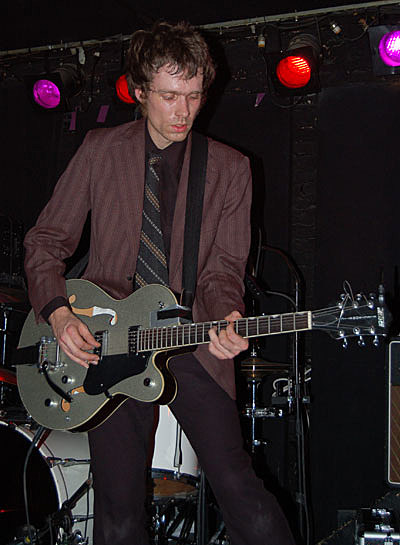 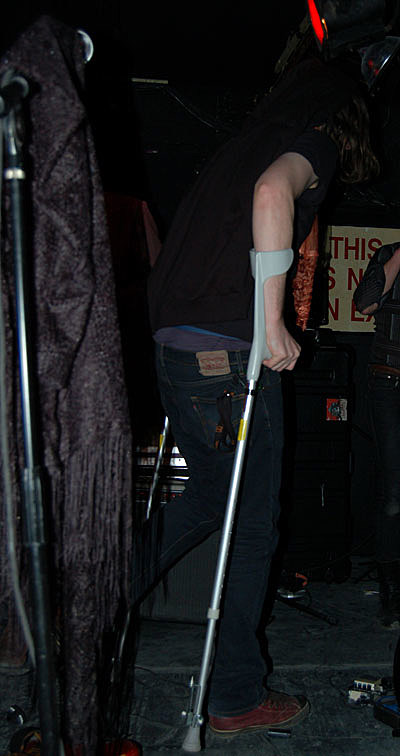 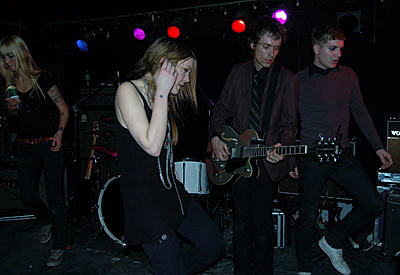 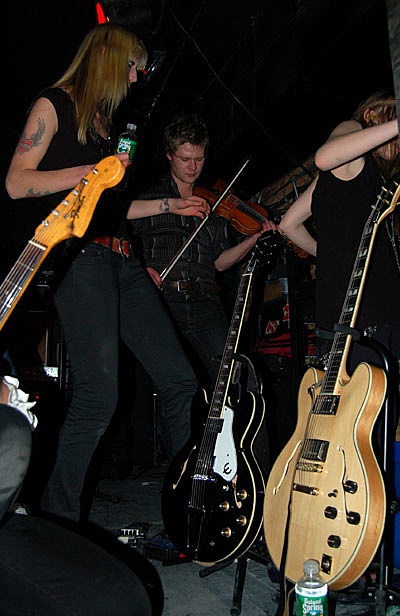