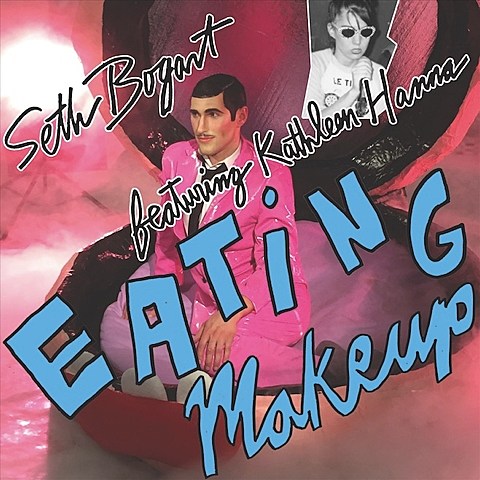 Hunx and His Punx frontman Seth Bogart previously released his first solo album, Hairdresser Blues, under his moniker Hunx and he's now releasing a new one under his own name via Burger early next year. For this album, he's bringing along some talented friends, including Rookie's Tavi Gevinson, Cherry Glazerr, Chela, and riot grrrl icon Kathleen Hanna of The Julie Ruin, Le Tigre and Bikini Kill. Kathleen is on the first single, "Eating Makeup," which was produced by Cole MGN and is out now.