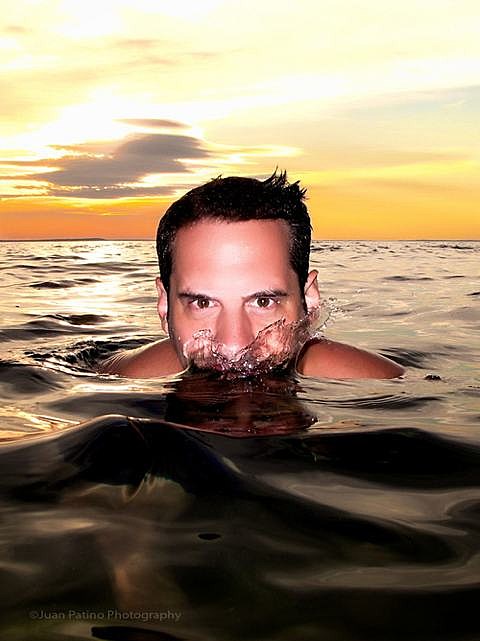 Happy New Year, shit-head! As you know, at the close of 2012 I harangued comedians I like for Top 10 lists pertaining to the year 2012. Many were asked, few replied. This is probably final installment of comedians giving their Top 10 of 2012 comes from Klaus Favorite (and Top 10 Comedians of 2012 List Gold Key Recipient) Seth Herzog! Seth is a great man who gave me his Top 10 list long before 2012's death rattle beckoned 2013 to fall upon us, but as I am a lazy ass with a lot of personal obligations it has taken me until January 2nd to get this list out there. Don't forget you can get your Zog fix at his show SWEET every Tuesday at The Slipper Room.

Best things of 2012 by Seth Herzog

1. Favorite new TV show (that no one is talking about):
In a season where, most of what people talked about regarding TV was either about meth or zombies, one of the most innovative and hilarious shows in a long time crept onto the airwaves. The Eric Andre Show on Adult Swim is the world's most awkward talk show. Nothing goes right, the guests are always uncomfortable and it never feels staged or canned. Plus there are great over the top envelope pushing sketches. Get on board with it.

2. Favorite underrated comedy album:
Admist the noise of how great Hannibal Buress, John Mulaney, and Jim Gaffigan's new albums are, Matt Braunger's Shovel Fighter got a little over looked. This Portland bred/ LA based comedian is one of my favorites to watch for his expression of simple truths through occasionally absurd means but always his trademark contagious energy. The titular bit about his worst job ever is worth the listen alone. He'll take you to places you didn't think you'd go but glad you went.

3. Favorite Documentary of the year:
There are good films and great film. I always think that a great documentary is always better than a good narrative film. This year, Searching for Sugar Man, the story of how a man become a star in a far off land and never knew about it until many years later.

4. Favorite indie rock album of the year:
It might be a bit on the nose, but a great rock album that took me by surprise was how much I loved Japandriods: Celebration Rock with a sound that evokes 80's college radio punk but with their own brand of passion and guts. It's high octane fun.

5. Best Viral Video of the Year:
Every day we get see tons of great videos posted all over the place. Yes, there have been a ton that made me laugh, but I think this one is easily my favorite, for the genius of its simplicity and the joy of its silliness. Eye of Sparrow:

6. Best App:
With everyone having cell phones (and people always having theirs on them) giving annoying people bum phone numbers is getting harder, as they always want to call you right then to see if it's really your number. Well, welcome: Burner! it gives you a temporary number to give people, so when they call it, the number goes through to your phone, but it only lasts for a short period time. Then they leave with a useless phone number. I hope there is a message that says, "You've been burned. This is your 'burn notice.' "

7. Best Quote:
In an election year of quotes, some of my favorites come from our President during debates, "The 80's called they want their polices back," and "yeah, and we have less horses and bayonets too." But I think the one that made me smile the most was from the incomparable Herman Cain, who dropped out of the race with a quote from the Pokémon movie. 'Life can be a challenge. Life can seem impossible. It's never easy when there's so much on the line. But you and I can make a difference. There's a mission just for you and me.'" Collect 'em all, Herman.

8. Favorite Trend:
As much as people might hate (or secretly love) the overplayed but catchy song, "Call Me Maybe," which caught fire this summer, I like the fact that the way 90% of the public found about this song is by being forwarded a parody video of the it. In the age of the net, I don't think there has ever been a song that has inspired so many people to pick up a camera, get some friends together and shoot something really silly for the world to enjoy.

9. Best Collections of great things you buy online:
As we all know, shopping online combines two of America's greatest pastimes. Buying unneeded things and being lazy. I have a great collection of things one can buy online (for real) but never thought it was possible but now that it is... How much is it again?

10. Favorite version of "A Christmas Carol":
It's Christmas time! And during this time, we are bombarded with all sorts of Holiday programming, some great (It Happened on 5th Ave- '47) some awful (any of the Lifetime Xmas movies), but there are many many versions of A Christmas Carol (ranging 70 years) which one should you invest your time in? In my opinion Scrooge: The Musical is the best. Released in 1970, it stars Albert Finney as Scrooge, and has some great original and infectious songs. It's was shot in England in '68 and has a touch of that late 60's British/psychedelic edge to it, which helps "the magic" of the whole thing.