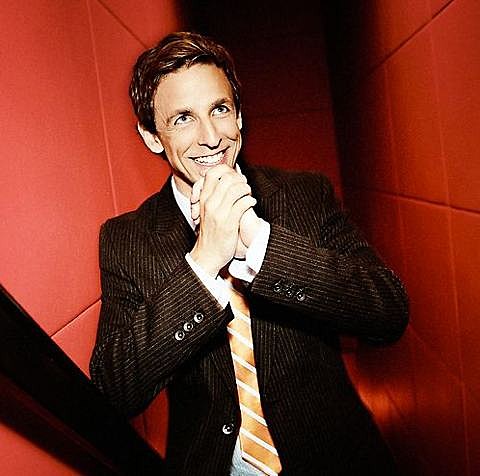 As Jimmy Fallon will take over The Tonight Show next year (and moving it back to NYC at rumored), the Late Night slot will go to current SNL "Weekend Update" anchor Seth Meyers, reports the New York Times:

In an interview before taking the stage on Saturday's edition of "SNL," Mr. Meyers said: "Working at 'SNL' requires 100 percent of your mental capacity -- on easy weeks. And so I had not really spent a lot of time thinking about what I was going to do next. Obviously I can't quit Lorne. So this seems like a pretty good deal that I have an opportunity to keep working with him."

Lorne Michaels will produce both The Tonight Show with Jimmy Fallon and Late Night with Seth Meyers, which will make their debut sometime around the 2014 Winter Olympics in Russia.

Vampire Weekend were on this past weekend's SNL. This Saturday (5/18) is the season finale with host Ben Afleck and musical guest Kanye West.