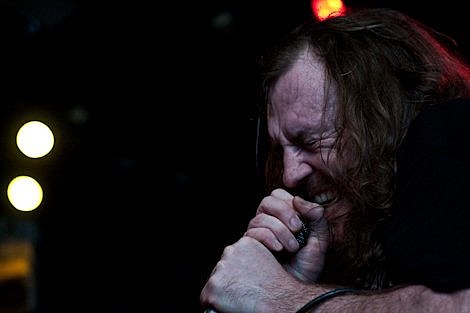 Kim Kelly of Catharsis PR confirms (via her personal blog):

"Yes, it's true. Seth Putnam, one of the most infamous musicians that extreme metal has ever seen, the grindcore GG Allin, has passed away due to a heart attack.

I want to remind everyone that no matter how outrageous and controversial his musical career has been, Seth was still a human being with friends and family that loved him. I'm hoping that the internet will remember that. This is a very sad and trying time for those that knew him, and the last thing they need to see is an outpouring of messageboard hate. The man lived and died by his own rules; if anything, respect him for that."